It was an impressive performance from the Bhoys, who put three goals past the Championship side, with a strike from Mackay-Steven coming either side of efforts from Leigh Griffiths and Callum McGregor.

While Deila has come under an increased amount of scrutiny over the past few weeks, speaking after the game, Celtic’s 25-year-old winger claimed, as reported by the Glasgow Evening Times, that the manager is ‘positive’ and ‘great’. It has been a tough few weeks for everyone at the club. Obviously being elsewhere, nothing really prepares you for the intensity of Celtic. But it is a great club. We have got ourselves into the semi-final of the Scottish Cup now and we are delighted to be there. Hopefully we can lift it now.

The manager has been great with us. He is always positive, always looking to get the best out of us. He has had a lot on his plate over the last few weeks but he is always the same with us and on the training ground. He is upbeat and takes the pressure himself. The best way for us to repay him is by going out and getting good results. That is what we all want. 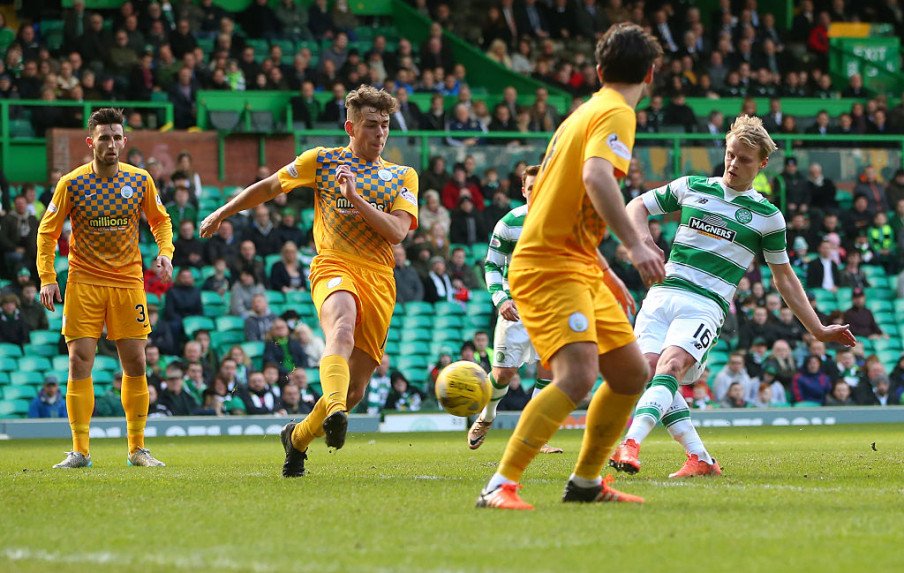 Celtic are set to take on Championship side Rangers in the semi-final of the Scottish Cup in just over a months time.

All the attention od Deila and the squad will be focussed on next weekend’s Glasgow derby away to Partick Thistle, followed by a visit to a struggling Kilmarnock side, who sit eight points above relegation having won just seven games all campaign.

As Celtic look to win a second domestic double on the trot, maximum points will be needed in order to maintain and increase their four point gap to Aberdeen.