Denmark boss Age Hareide has blasted Liam Bridcutt for a horror challenge on Erik Sviatchenko that could have ended his career.

The 24-year-old Celtic defender came off the bench in Denmark’s 1-0 loss and was on the receiving end of a nasty tackle leaving the Dane on the floor in clear discomfort.

Bridcutt was given a yellow card for the challenge while many people thought his poorly timed lunge it deserved a red card.

After the game, Hareide didn’t hold back on his view of the challenge from the Sunderland defender who’s currently on loan at Leeds United.

As quoted by STV, the Danish national team manager said:

It is a red card. He could have broken Sviatchenko’s leg, the way he dives in. I don’t think he meant to be nasty, I just think he was over eager. He could have taken his leg or his career. 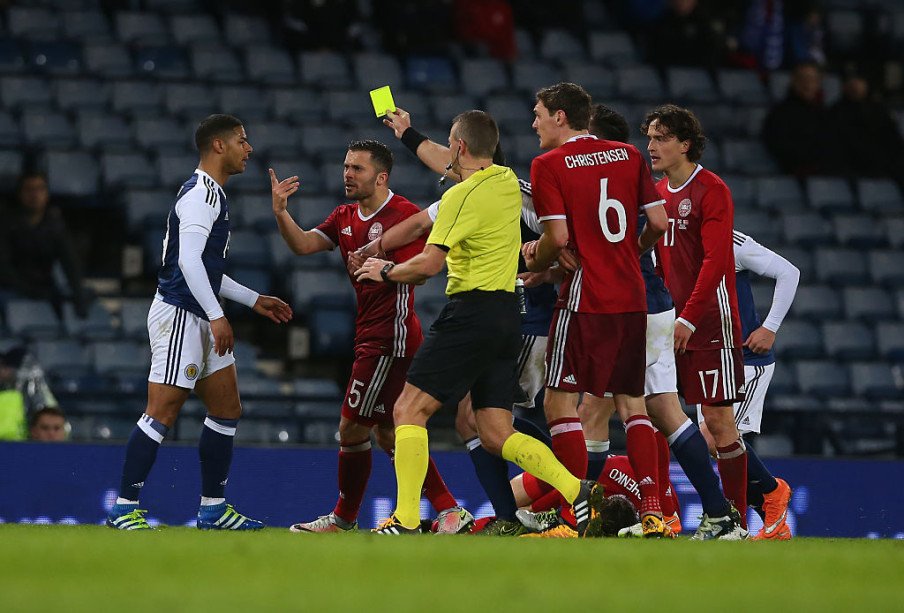 Sviatchenko played on for the remainder of the game having replaced Daniel Agger with 25 minutes remaining in the game.

After joining Celtic back in January, the suave centre-back has become a key player in defence, making 10 appearances so far.

Sviatchenko did clarify however that the tackle wasn’t as serious as it looked, and will be ready to go for Celtic at the weekend.

As quoted by the Glasgow Evening Times, he said:

I was very lucky. It was a horrible tackle. When you see the replay, it is unbelievable that I didn’t get a serious injury. I said to the referee that he could have broken my leg.

He came through me with all he had, 120 per cent. I feel a bit sore in my knee but I think it is just the shock.

What happened, happened. I am not going to cry about it. I am just relieved that I will be able to play games for Celtic.

Thankfully it is not a bad one. I have had my injuries in the past and I don’t want to be out again.

Celtic and Sviatchenko will welcome Hearts to Paradise on Saturday afternoon as the international break comes to an end.