Leigh Griffiths has revealed that he has been taken off penalty duties for Celtic after missing his fourth spot-kick of the season against Motherwell.

Despite missing from the spot, Griffiths scored twice to hand Celtic a big three points in the race to win the Scottish Premiership title this season.

Griffiths has been in tantalising form this campaign; scoring 28 league goals already this season, from just 28 starts and could have had four if he was more proficient from the spot.

As quoted by the Daily Record about his penalty miss and any future penalties, Griffiths said:

I’m one million per cent off penalties now. Craig Gordon will be on them before I am again.

I thought it was going to be one of those games again, like against Dundee. I had a couple of chances and wasted them.

The penalty, then another one I sclaffed at. Thankfully I made good contact for my first goal and you could see the relief. 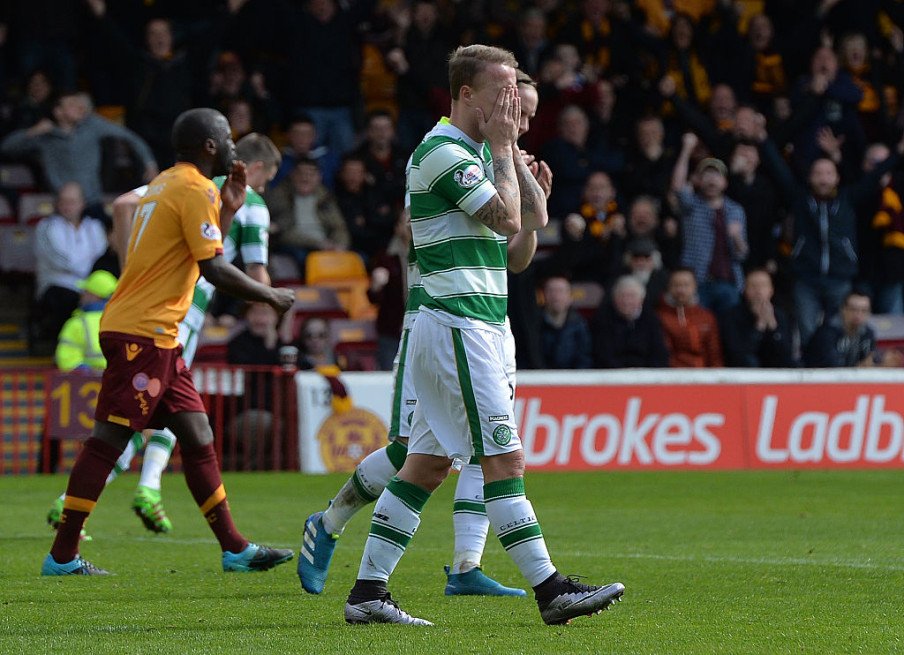 With his latest miss, it could mean that he will not be taking another penalty in a Hoops jersey anytime soon.

Depending on who Celtic have on the field, Ronny Deila could turn to Nir Bitton or Patrick Roberts to step-up from 12-yards.

Yesterday Celtic moved eight points clear and they will soon find out when they will play each of the top six again following the split.

Celtic will now turn their attention to the Scottish Cup semi-final next Sunday as they face Championship side Rangers and Griffiths is raring to go for the game.

My focus is on Rangers now. They’ll be up for it but so will we.

The lower league side lost 2-0 to Celtic last February in their only ever meeting and failed to even register a shot on target against Deila’s side.