Celtic winger James Forrest has revealed that Celtic’s win over Hamilton was “important” and has given the team their confidence back, according to a report on the Daily Mail.

The Hoops went into the match after losing a 2-0 lead to draw 2-2 against Hibernian. Forrest managed to get his name on the scoresheet as Celtic bounced back with a 3-1 win over Hamilton. 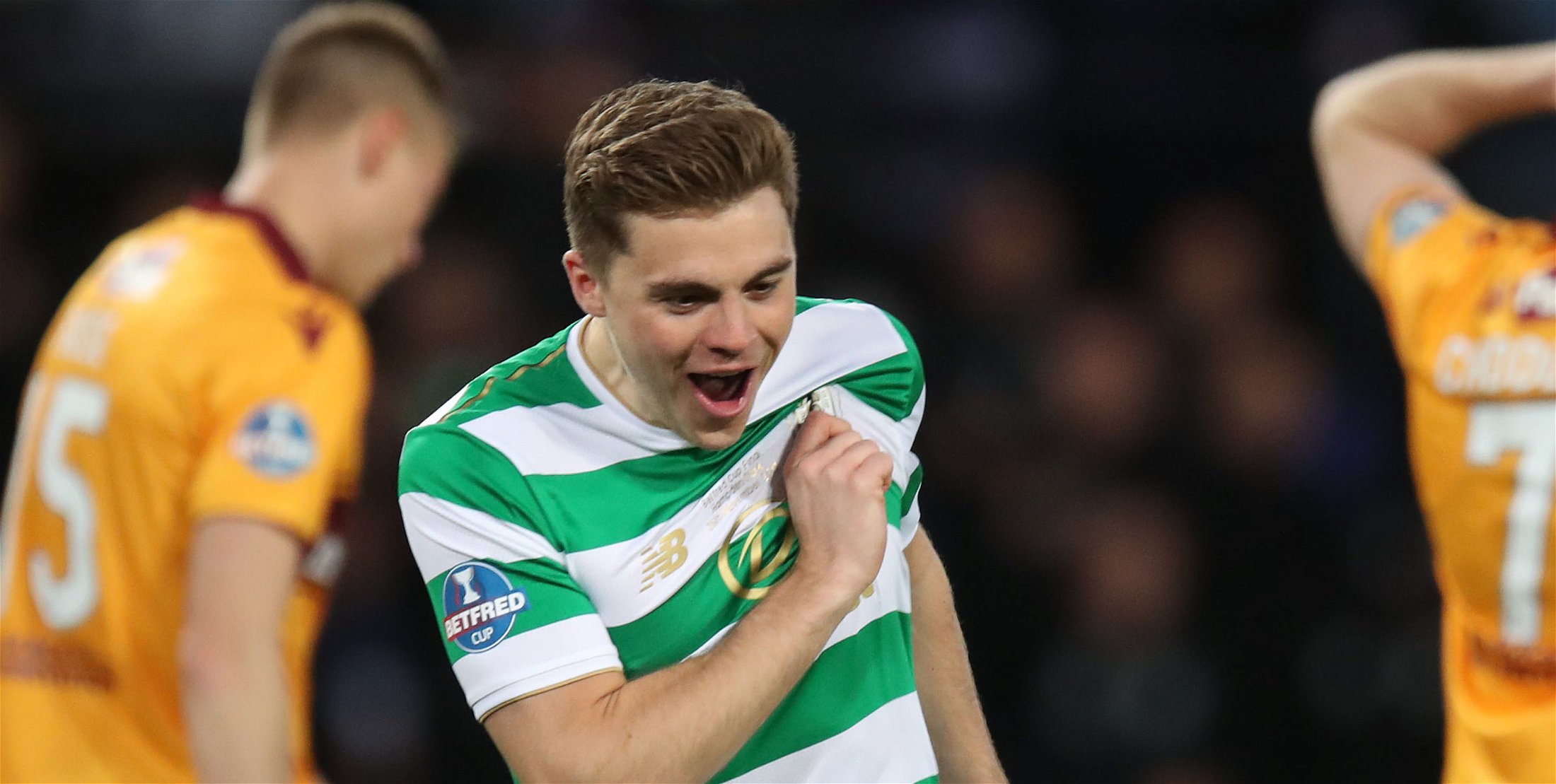 It was really important after Sunday that we got the three points and scored a few goals and to feel good about ourselves again.

They came out and made it hard for us and once they scored, it was important we got back ahead again pretty quickly and we managed to do it, which was good.

Brendan Rodgers’ side have now gone 69 domestic matches without a loss and are now five points ahead of nearest challengers Rangers, with a game in hand.

Celtic have a busy Christmas fixture schedule coming up with five matches to be played before the end of the year but Forrest believes that the squad has enough depth and quality to cope.

We have a strong squad and in every position and the manager knows he can rotate it. We have five games to go in December and we are just looking at the next game and feeling confident for that.

The 26-year-old Scottish winger expects manager Rodgers to rotate the squad adequately to ensure that no player is hit by fatigue or injuries during this busy period.