The report claims that Atlético will send a scout to watch the 20-year-old defender against Motherwell in the Scottish Cup final on Sunday.

The Spanish outfit are not the only club interested in Tierney, but might be the most attractive option given their recent success under Diego Simeone.

While Tierney has developed at a quick pace at Celtic and is considered one of the best defensive prospects in Europe, he could look at other young Brits like Ademola Lookman and Jadon Sancho who have succeeded abroad.

Atlético currently only have one natural left-back on their books in Filipe Luis, who is coming off an injury-plagued season and will turn 33 in August. Simeone has had to rely on French centreback Lucas Hernandez to fill in during the season.

Tierney would be a much-needed reinforcement. He can also play at centreback and in a more advanced role on the left wing, another position Atlético require cover in. 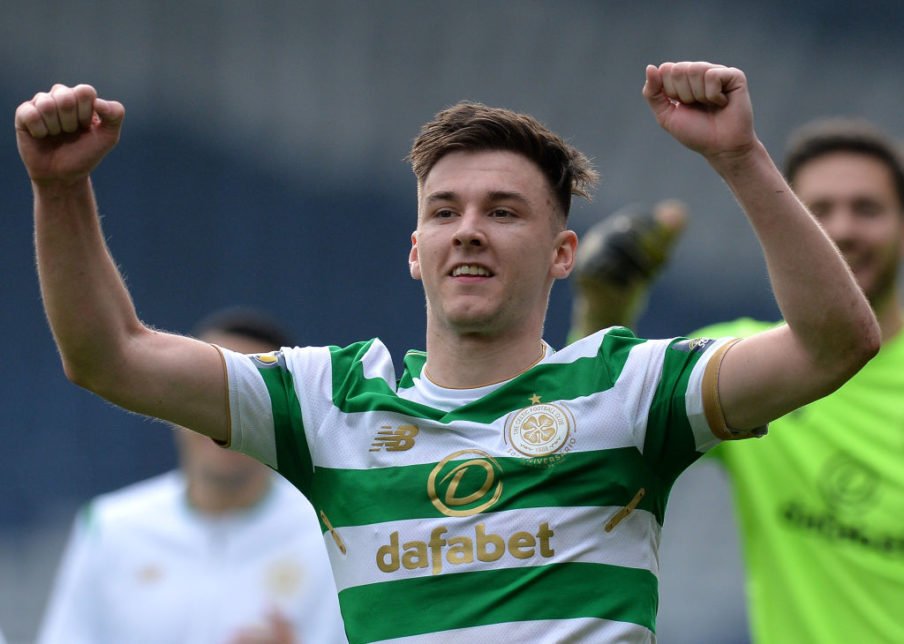 Tierney signed for Celtic when he was seven years old and has been at Celtic Park ever since. He’s made 129 appearances for Celtic and also holds nine senior caps for Scotland, an astounding record for a 20-year-old.

This season, the Scotland international has scored four goals and delivered 11 assists in 54 games.

Tierney signed a six-year contract until 2023 in October of last year, and Celtic are in no rush to sell him, but that isn’t stopping other clubs from showing an interest in him.