Callum McGregor has joked that he could find himself in trouble with Scott Brown following the captain’s return to fitness.

As reported by the Daily Record, it was suggested that McGregor had replaced Brown in midfield during his absence.

I think he would just smash me in training if I said that! That would be me finished. Of course I expect Broony to come back in. He’s been a massive player for us, and he has been for a number of years for Celtic.

While the club captain had been out of the team nursing an injury, McGregor has filled in, playing a deeper midfield role because of the lack of options available to Brendan Rodgers.

With Eboue Kouassi also sidelined, McGregor has impressed during his stint in the centre of the park.

Brown is finally closing in on his first-team return and has travelled with the rest of the squad to Norway.

Would you like to see McGregor continue in a deeper role? 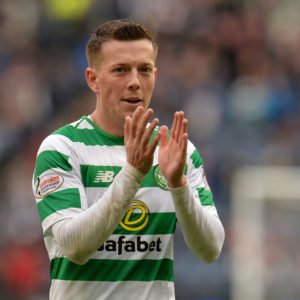 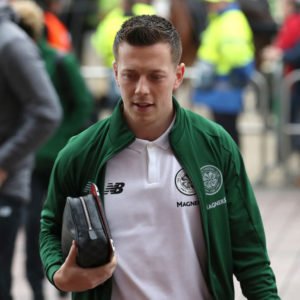 The 33-year-old could play some part on Thursday night after it was revealed that Rosenborg will not be fielding their strongest side.

Brown’s return will come as a huge boost both in terms of numbers and mentally to Celtic, with the Hoops needing a win on Thursday night to keep their qualification hopes alive.