Brendan Rodgers has highlighted the importance of the Celtic Park crowd as the Hoops prepare to face Red Bull Salzburg in matchday 6 of the Europa League group stages.

The Scottish champions need just a point to guarantee them a place in the Last 32, though the Austrian side will prove to be no small test.

An emphatic 2-1 win over RB Leipzig in their last home game in the competition puts the home side in a promising position to reach the knockout phase.

And boss Brendan Rodgers, who spoke to BBC Sport on Wednesday afternoon, believes Thursday’s crunch tie is one they can succeed in with the backing of the iconic Glasgow crowd:

It was important for us to arrive in the last game with it all in our hands. We’ve put ourself in a great position. We know it’s going to be a tough game but we have the chance to show our confidence and belief.

That, combined with our crowd and atmosphere, will hopefully get us a result that takes us into the next stage.

The support is everything for Celtic. It’s iconic and gives us a huge advantage when we play at home. That wall of noise gives our team energy and makes it difficult for our opponent.

It would be a fantastic achievement for us [to qualify]. There’s lots of motivation for us to qualify. The main focus is to continue with our football and get better and better as a team.

Salzburg are a very good side. I’m happy we’ve arrived at this game in the position we’re in. Our destiny is with us, and if we play at the level we’ve been playing at, we’ve got a chance to make it into the last 32. He revealed that striker Leigh Griffiths would be taking an ‘indefinite break’ from football as he bravely battles issues off the park, whilst also giving more team news:

Kieran Tierney is back and available. Nir Bitton played a behind closed doors game yesterday. He’s back playing which is great news for us. Dedryck is still unavailable.

Will Celtic progress to the Europa League knockout stages? 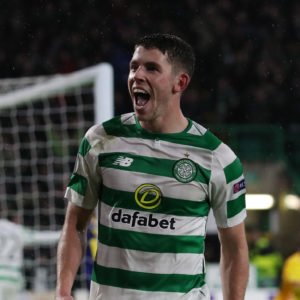 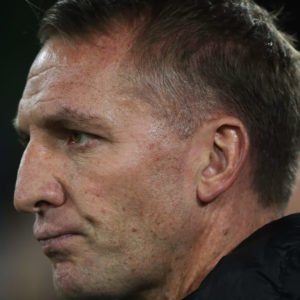 Salzburg, who are already through having won five from five, have scored fifteen goals in the competition’s group phase – the joint-highest – while conceding a mere five. The sign of a clinical attack who give little away in defence.

Another historic European night could potentially be on the horizon granted Rodgers’ men keep calm and composed while making the most of their chances.