Brendan Rodgers couldn’t hide his delight after his Celtic side reached the Europa League knockout stages on Thursday.

The Hoops knew a win or a draw at home to RB Salzburg would be enough to progress, but they lost 2-1 at Parkhead.

In a huge twist, however, RB Leipzig’s failure to beat Rosenborg at home – they drew 1-1, thanks to Tore Reginiussen’s late equaliser for the visitors – sending Rodgers’ men into the last-32.

Speaking to reporters after the final whistle, the Celtic boss heaped praise on his players and their achievement: 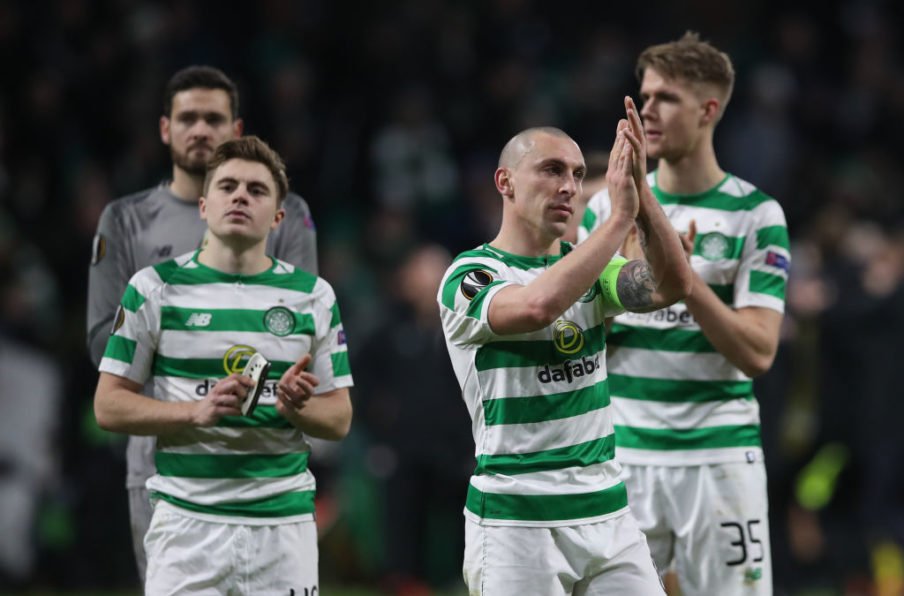 Huge congratulations to my players.

This campaign was over six games, so to finish in a really tough group with nine points and qualify is a huge achievement.

You have two Champions League teams in Salzburg and Leipzig, the investment, everything that goes into their organisation which is based to succeed.

So for us to come out on top against a high-ranking team from one of the top European leagues, Leipzig, is another big step in the progress of our players.

Celtic deserve much adulation for coming through a tricky group, with plenty expecting them to crash out when the draw was made.

A big European night awaits at Parkhead in February, with the draw for the next round taking place on Monday.