Celtic are on the verge of securing a loan-deal for Timothy Weah from Paris Saint-Germain after the forward confirmed that he would be leaving the Ligue 1 giants in January, the Guardian reports.

The USA international took to Instagram to confirm his temporary departure from PSG after following several Celtic players on the social media site. 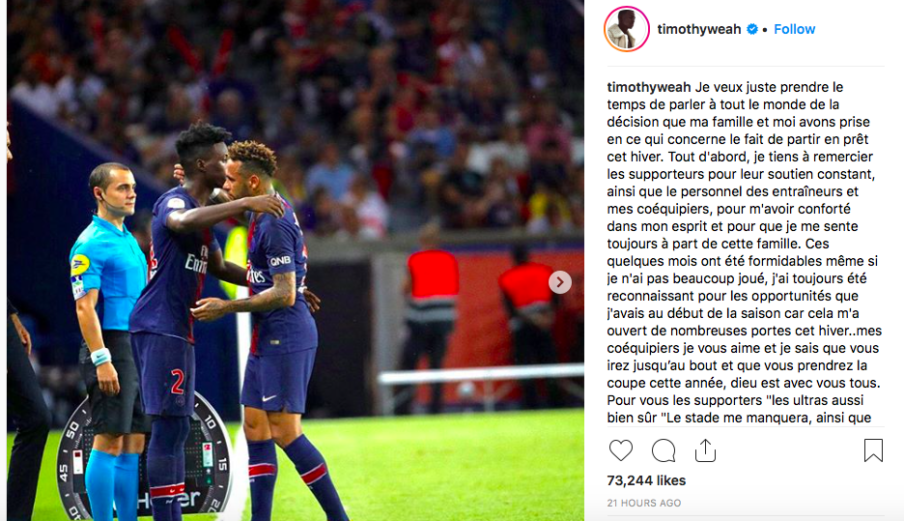 I just want to take time to talk to everyone about the decision my family and I made about going on loan this winter.

Weah is the son of former Monaco and AC Milan footballer George Weah, who was appointed the president of Liberia earlier this year. 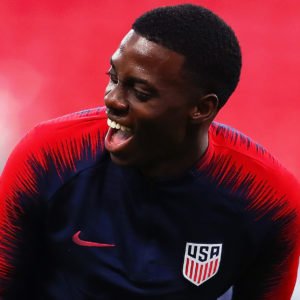 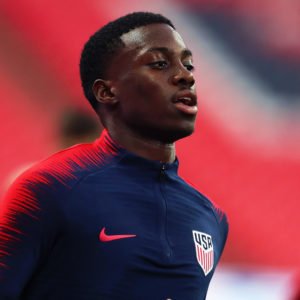 The 18-year-old has made three appearances for PSG this season, all coming in August and a loan move would help him get some regular minutes under his belt.

The move would suit Celtic who have only Odsonne Édouard available to them, with Leigh Griffiths on leave for off-field problems.