Celtic defender Filip Benkovic has given a positive update regarding his knee injury but admitted he shouldn’t have started for the Hoops in their last league outing against Rangers, the Daily Record report.

The towering centre-back, who had started in Celtic’s previous 10 fixtures, was taken off shortly before half-time at Ibrox with a knee problem, with Norwegian Kristoffer Ajer taking his place for the second half. 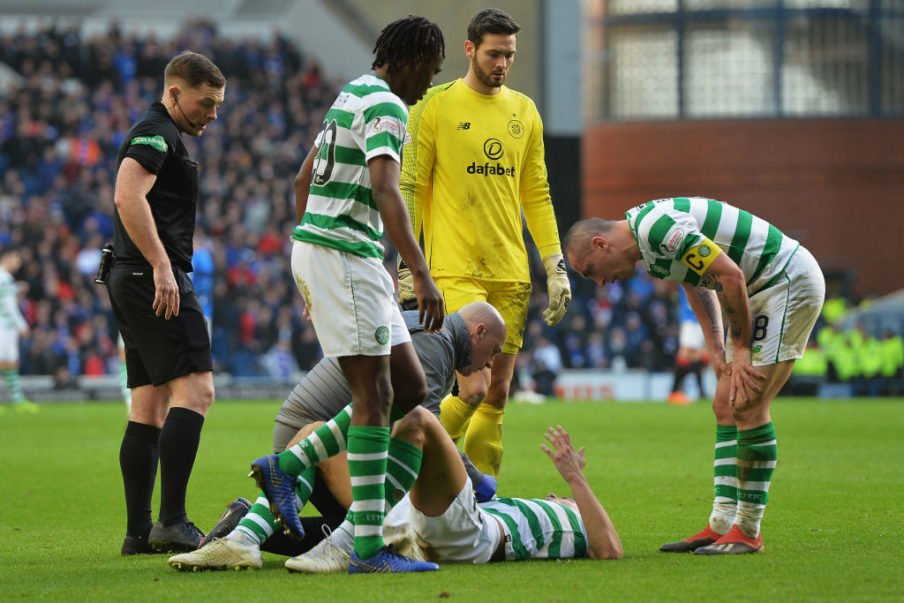 Since arriving on loan from Premier League outfit Leicester City in the summer, Benkovic has turned out 20 times under Brendan Rodgers, scoring his first goal for the club in the 5-0 thrashing of Hearts back in November.

The Croatia under-21 international also found the back of the net against Dundee in December and talking during the club’s winter break training camp out in Dubai, the 21-year-old admitted he should never have started the game last month.

During the Rangers match, I felt the same pain I’d felt at Aberdeen the week before in the 10th minute.

I knew then that it was impossible to continue so I told the coach and we made the decision to come off.

Before the game I’d taken some medicine, a lot of stuff, but it didn’t help. We had a few injuries already in defence and sometimes you get days like that. It was tough, you know. But I tried. I just wasn’t going to make it.

In hindsight, maybe I shouldn’t have played. But when you’re a footballer you want to play in every game – especially that one!

Benkovic then went on to add that that he has recovered from his knee problem and has trained as normal with the squad in Dubai.

My knee is good again. I had the problem for a few weeks in December but it’s OK again.

I’ve trained as normal in Dubai, doing my rehabilitation and some extra work on my knee.

I still feel it a little bit but I can do everything on the pitch. If it stays like this, everything will be fine.

Celtic return to action next Saturday, when they host Airdrieonians in the last 32 of the Scottish Cup.