Brendan Rodgers has revealed that left-back Kieran Tierney, who has been out injured since early December, is set to return to the team for Motherwell’s visit to Parkhead on Sunday.

Speaking to Celtic TV, the manager was confident of a return for his first-choice left-back after Jonny Hayes was forced to deputise in the win away at Kilmarnock as Emilio Izaguirre struggles for form.

We’re hoping it’ll be the end of the week and that’ll be two weeks Kieran’s been training with the squad so then when we play Motherwell we’ll hope he would be in with a chance.

He’s looking very strong and back to the running ability of which he showed before the injury. 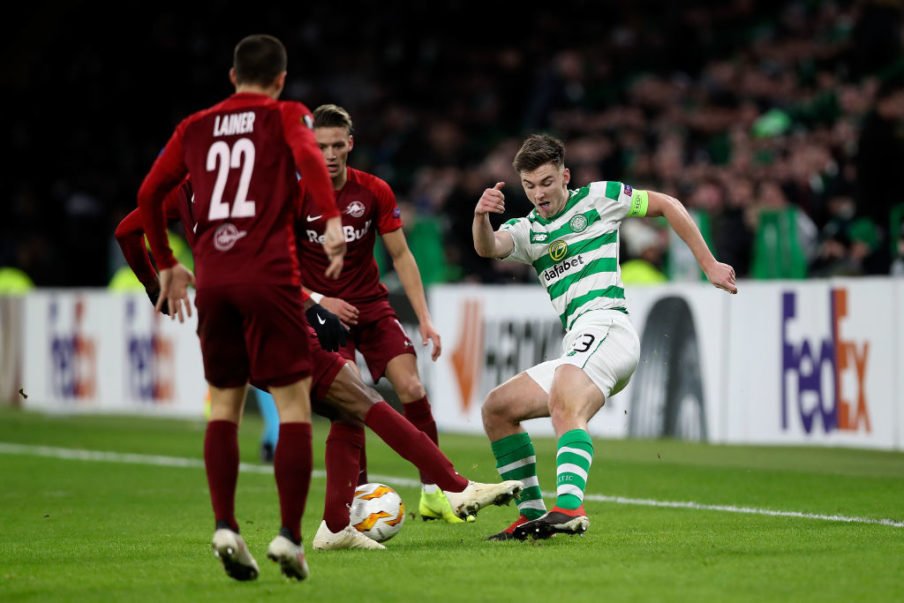 A hip injury has seen the 21-year-old on the sidelines since the 2-1 home defeat to Salzburg in the Europa League Group stages, at which point he had made 31 appearances in the campaign.

Rodgers floated the idea that Tierney could return in time to face Valencia last week in the first leg of the Europa League tie, but that never materialised and the Scot watched on from the sidelines.

Hayes has impressed in his absence, but Tierney’s return will be a welcomed boost for everyone at the club.