Celtic starlet Karamoko Dembele has spoken out about how loanee Timothy Weah helped him settle into the first-team.

For some time now, Dembele has appeared as one of the brightest young talents at the club, winning headlines for his supreme ability at just 13-years old in 2016.

Now aged 16, Dembele has become a recognisable figure in Glasgow, one fans are looking forward to finally seeing when he makes his club debut, which Neil Lennon has teased could be the final game of the Premiership season against Hearts. 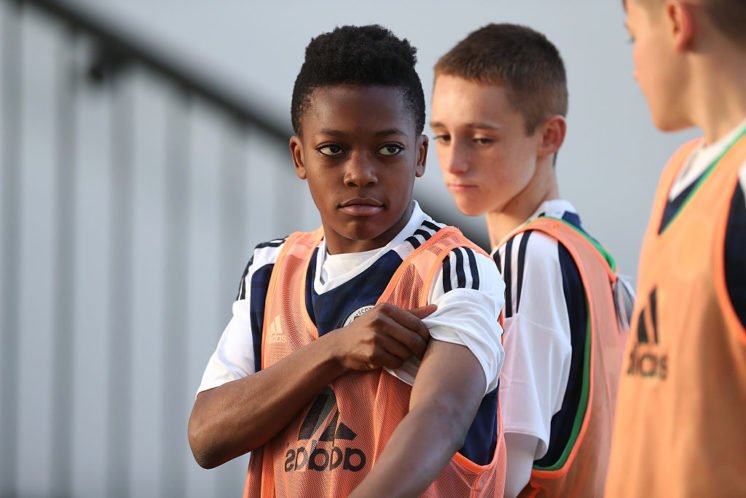 Having trained with the first-team on a number of occasions during this campaign, Dembele has spoken out about the influential figures in training that will put him in good stead when he finally gets the nod.

It’s good to be in that environment and experience it, because it’ll help me get used to the demands of first-team football and know what to expect.

Getting used to men’s football will take time. It’s a big step up and I’m happy to get that experience now, because it means I won’t feel so uncomfortable around it.

The squad have been really good with me. Olivier Ntcham and Timothy Weah have been great with me during those sessions.

They have talked to me and made me feel welcome. I want to have the opportunity to play with the first team so I can prove myself.