He is probably up there with Rod Stewart and Billy Connolly as Celtic’s best-known celebrity supporter nowadays, and Line of Duty star Martin Compston has been talking about the Hoops’ recent success and the future under Neil Lennon.

In an interview with Open Goal, hosted by Si Ferry, Compston spoke about his love for Celtic and how he thinks the new permanent boss is the man to take the club to the treasured 10 titles in a row. 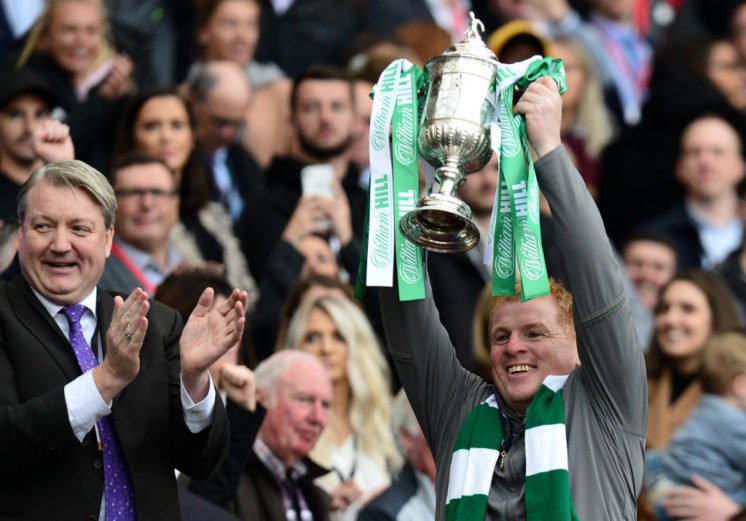 These are brilliant times, I remember all the bad times as a Celtic fan growing up, getting beat in cup finals by Raith Rovers.

To go three (trebles) on the bounce is immense, you might never see this again.

The former Greenock Morton player, who has previously appeared in charity football matches such as Soccer Aid, was in fine form when asked about Celtic’s chances under their newly appointed permanent manager.

It was a sickener to lose Brendan (Rodgers), he was a phenomenal coach and he made improvements to players already at the club, but where you could question him would be his recruitment. Whereas, Lenny’s signed some great players and teams over the years.

As the transfer window draws ever closer, the attention will move to which players will come into the team. Compston believes that Lennon will require the funds to keep the winning times going at the club:

Will Lennon lead Celtic to the title next season? 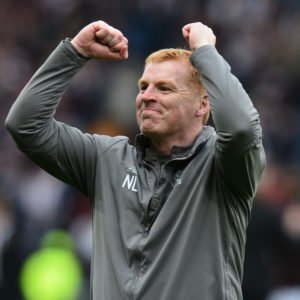 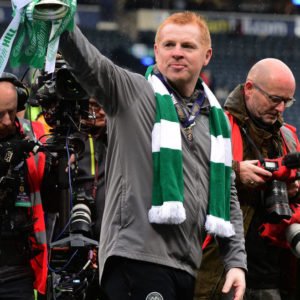 He needs to be backed now, its all about 10 in a row. If someone new had come in, you’ve got to give them time to build their team, and they might not understand the significance of it.

Celtic fans will be relishing the challenge again next season, and this star of the screen will be cheering the Bhoys on and hoping for another trophy-laden campaign.