Greg Taylor would be a good replacement for Kieran Tierney at Celtic, should a move go through this summer.

Tierney has departed for Arsenal, leaving the Hoops without a top class replacement at left-back.

Taylor has been linked with a move to Parkhead, and in an interview on BBC Scotland‘s Sportsround, Kilmarnock captain Gary Dicker admits he is concerned his teammate could leave:

I think his agent must have been giving out the man of the match awards because he’s had two in the last two games!

You always want to keep your best players, but people outgrow clubs at times.

Killie have spoken of their desire to keep hold of Taylor, but the lure of playing for Celtic could be too good to turn down.

Still only 21 years of age, the left-back would represent a long-term acquisition for the Scottish Premiership champions, hopefully filling the void left by Tierney.

Taylor has already been capped once by Scotland, further outlining his pedigree, and he could mature into a regular for his country over time.

He is unfortunate when it comes to competition at left-back, however, given the expertise of Tierney and Scotland captain Andy Robertson.

Nothing is set in stone, but if Celtic try hard to sign a player, they generally end up getting their way.

Would Taylor be an ideal replacement for Tierney? 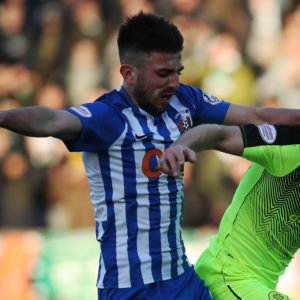 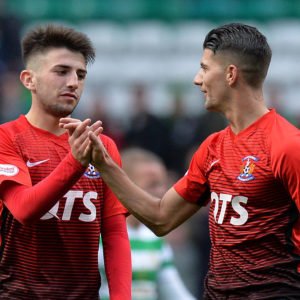