Odsonne Edouard has opened up about life at Celtic and adjusting to the pressure of playing for the Hoops, and his comments come as a huge boost for the club amid rumours of interest from other clubs.

According to French football writer Jeremy Smith, L’Equipe have quoted Eddy as stating his happiness with his debut brace for France’s Under-21 side last week, while he also spoke about adjusting to life at Celtic.

Twitter: Edouard on his Celtic form: “it’s normal for me to be scoring – I’m a striker! At Celtic there is lots of pressure… https://t.co/cPCxDE4kS6 (@jeremysmith98)

So why is this a boost for Celtic? With the likes of Lazio said to be interested in Eddy, hearing the striker reveal how much he is enjoying life at Celtic and the pressure that comes with playing for the Hoops will be music to the ears of the club and the supporters.

The 21-year-old has started the season in fine fashion for both club and country, and his goals against AIK and Rangers respectively, emphasise how well he is coping with the pressure at Celtic.

Have you been impressed by Eddy this season? 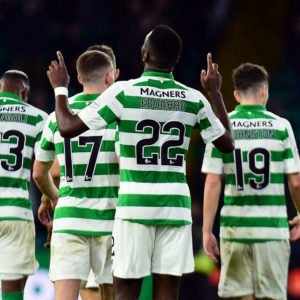 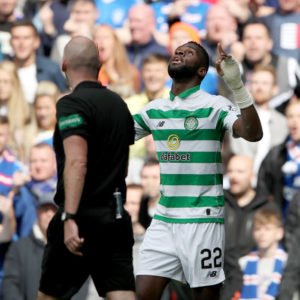 Furthermore, it may act as a deterrent to Lazio to hear that he is settled at the club and force them to turn their attention elsewhere.

It is certainly clear for all to see that he really is loving life at Celtic at the moment, and long may that continue.