Celtic midfielder Scott Brown is now 34 years old and the club must be thinking ahead to possible replacements for the Hoops legend.

Brown has always played with passion and determination and even though he is ageing, he still gives 100% for the club whenever he steps out onto the pitch.

These Celtic fans on social media have been thinking about who could potentially replace Brown when he decides to retire, and one name was mentioned more than others…

Twitter: @Jimkingofkings Kris Ajer. Never seen a guy like him in our jersey in a long time. Someone gives his team mate a ba… https://t.co/VYbGlvNWGg (@StephenCallagh9)

Twitter: @Jimkingofkings Big Kris Ajer. That was his position when he came to Celtic i’m sure. He’d be immense in that position (@Fazbhoy)

Twitter: @Jimkingofkings Ajer. That’s if we can keep hold of him. Plays his heart out every game and he is some player. (@Jocksbhoys)

There were also some other suggestions…

Should have been done this window!…….
Spurs are accepting £10m for him
Alternative

Twitter: @Jimkingofkings McGregor for me. I think he will come out if his shell when Brown isn’t there. Plus we played our b… https://t.co/aWsIbXvE2f (@Thomson8)

Twitter: @Jimkingofkings Watched Stephen welsh a few weeks ago, he looks some prospect and possibly captain in 3 or 4 years. (@shirley59609416)

Kristoffer Ajer proved to be a very popular choice with these Celtic fans and it’s hard to disagree with them.

The Norwegian international has the hunger, passion and desire that mirrors Brown’s, which is was Celtic fans love about him.

Ajer is still only 21 years old so has plenty of time to master Brown’s position at the heart of the midfield. His love for defending and protecting his teammates at all costs means that he is the perfect choice to be the next captain.

Do you think Ajer is the perfect player to replace Brown? 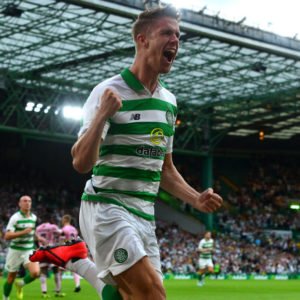 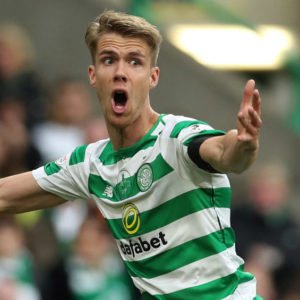 However, some fans also felt that Callum McGregor could be the one to step into Brown’s shoes. The Scot certainly has the ability to do so.

That being said, it looks like Brown still has a few years left in the tank, so he will be doing as much as he can to teach the next generation of players in the squad about how to be successful in his position.