Celtic return to domestic action following the international break, with a trip to Hamilton on Saturday afternoon.

Neil Lennon will be hoping his side can pick up from where they left off and continue their unbeaten start to the campaign.

The Hoops were last in action against Rangers at Ibrox, where they ran out comfortable 2-0 winners in the first Glasgow derby of the season.

Goals from Odsonne Edouard and Jonny Hayes took the team’s tally up to 17 with only four games played.

Celtic make the short trip to Hamilton to face a side who have had a mixed start to the season.

Brian Rice’s side sit seventh in the table with four points from four games, but come into the match on the back of a fine 2-2 draw with Hearts at Tynecastle before the break.

Accies were unlucky not to win the game, following a stunning second-half comeback against the Jambos.

Behind twice, a double from George Oakley sealed the rare point on the road for the Lanarkshire side, which also makes him the man to look out for on Saturday.

The 23-year-old striker joined from Inverness Caledonian Thistle in January but failed to properly hit the ground running with only four goals in 15 games.

However, in stark contrast, he’s already found the next three times this campaign, with a goal against Kilmarnock as well as the double at Tynecastle. 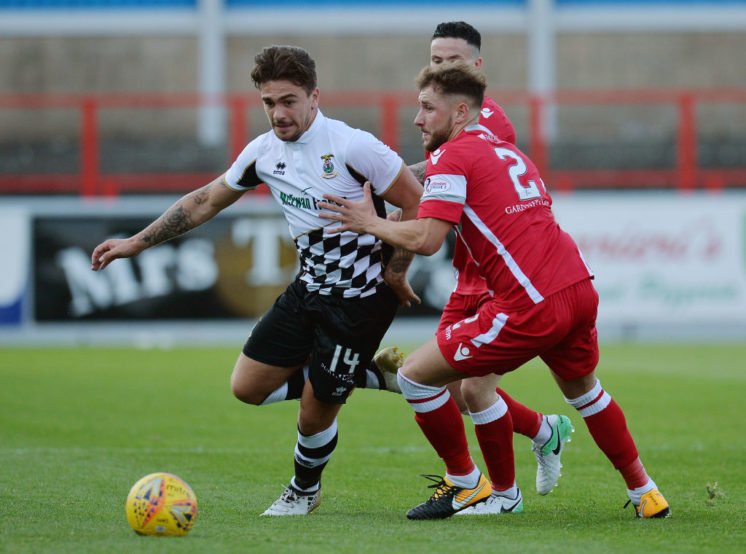 Alongside striking partner, Marios Ogkmpoe, the pair are strong and powerful and have already struck up quite a partnership, with Oakley being the main goalscorer and Ogkmpoe the supplier.

The pair troubled and confused Christophe Berra and Craig Halkett a few weeks ago, with their interplay and quick movement but will need to impress even more to trouble Christopher Jullien.

The Englishman has promised big things this campaign, with his goal to score at least 20 goals this season, a bold statement to make prior to facing the Champions.