Celtic fans have had their say on an interesting social media debate regarding Scott McDonald and Gary Hooper.

Both strikers enjoyed success at the club, with McDonald joining the Hoops at the start of the 2007-08 season. He netted 64 times for Celtic in total, with some crucial European goals included.

As for Hooper, he signed for the club in 2010 and scored 63 times, one less than McDonald.

These fans had their say on who was the better striker:

Twitter: @celtic_now @jockyboy1 Both decent strikers…I’d plump for McDonald because he had more to his game the Hooper

Twitter: @celtic_now Both scored a lot of important goals for us in Europe and against the original Rangers (@jambho87)

Twitter: @celtic_now Scott was great too but hoops just shades it (@jimcunning1)

Twitter: @celtic_now Never really liked any of them, both were full of themselves (@celticjohn67)

Twitter: @celtic_now Despite scoring a lot of goals, McDonald was dreadful. Are we forgetting about his first touch? (@ORebily)

Both strikers had different impacts on the club and were very prolific in front of goal. They had their different qualities also, but ultimately, both were frequent in finding the net during their respective spells with the club.

Prior to joining Celtic, McDonald netted twice for Motherwell to deny the Hoops the Scottish Premier League title and most fans will never forget that. However, the Australian always had an affection for Celtic since boyhood.

Who do you think was better for Celtic? 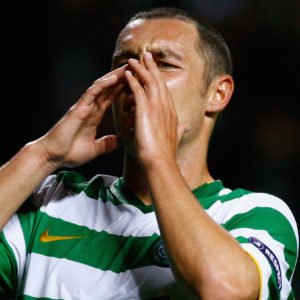 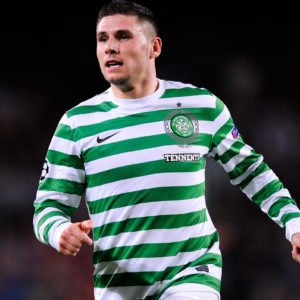 Hooper was incredible in the clashes with Rangers and played a massive part in helping the club secure their first-ever away victory in the UEFA Champions League.

One thing is certain, both players can look back at their spells with Celtic with great fondness and pride.