Rangers legend Fernando Ricksen has tragically lost his life at the age of 43 after a battle with motor neurone disease, as reported by BBC Sport.

The Dutch international was a huge fan-favourite during his spell with Rangers and always gave 100% whenever he stepped out onto the pitch.

Regardless of rivalries, this is very sad news for the world of football and these Celtic fans put their rivalries aside to remember a great player and even better man.

Twitter: Just saw that Fernando Ricksen has lost his battle against MND.

Twitter: @CelticFC Football aside. This was a young family man who fought this horrible illness as hard as he could. He rais… https://t.co/domswPvi47 (@ghirlly74)

Twitter: @CelticFC Thoughts & Prayers with Fernando Ricksens family & Friends! Some great tributes coming in from all over t… https://t.co/Mukv8ZrBmo (@MickMcD1888)

A player who all us #Celtic fans knew could make a difference in a game. Fearless. Respected. https://t.co/BwgLEUMKUW (@mikeygow)

To see so many Celtic fans paying tribute to Ricksen really is pleasing to see. He was a warrior on and off the pitch and earned the respect of everyone in the football world.

Is Ricksen the toughest Rangers player that Celtic have faced? 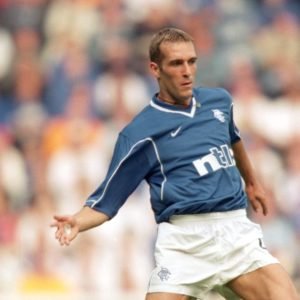 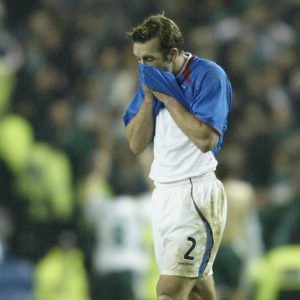 It’s at times like this where all rivalries become meaningless and unity and togetherness shine. Ricksen loved playing against Celtic and contributed to some epic encounters between the two sides.

Everyone at Read Celtic sends condolences to Ricksen’s family and friends and to all associated with Rangers.