Olivier Ntcham’s stoppage-time winner against Lazio in the UEFA Europa League will go down in Celtic’s history as one of their biggest ever goals.

The delicate finish at the Stadio Olimpico secured the Hoops’ progression into the knockout stages of the competition. The winner came after James Forrest had equalised in the first half with a powerful strike.

Everything about the goals was quality. The finishes, the celebrations, the fans. Simply some of the best moments in recent years for the club. The club treated fans on Twitter with unique angles of the goals and they loved it…

Any excuse to watch a replay of the goals is most welcomed by everyone associated with Celtic.

Mind you, the unique angle of the goal will add to the excitement for the fans because it offers an alternative viewing to two incredible moments.

Definitely, a video which provides goosebumps for anyone watching – besides Lazio fans of course.

Do you think Celtic will win the Europa League? 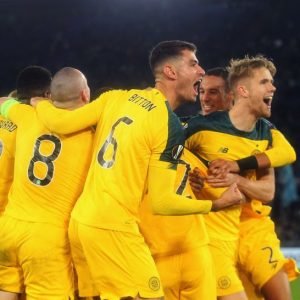