Rangers manager Steven Gerrard has warned striker Alfredo Morelos about Celtic players as he thinks that the Hoops will try to get the Colombian sent off.

Morelos was sent off against Celtic last year after he reacted to a bit of gamesmanship from Scott Brown and speaking ahead of the Betfred Cup Final, Gerrard praised his striker for improving his disciplinary record so far this season, but also warned him about the tactics he thinks Celtic will use.

We all know Alf will be provoked at certain times. But there are definitely signs he’s improving that side of his game, which is great to see. He’s shown it all season, certainly in a European situation because we know you won’t get away with things in Europe you might get away with in the SPFL. We’ve also played against Aberdeen twice and there were no problems, we played an Old Firm game at home and there were no problems.

Morelos has been in great goalscoring form for Rangers this season, but he’s never managed to score against Celtic in ten appearances against them.

Gerrard acknowledged that Morelos’ performances in derby games have been a bit underwhelming but backed the striker, and his teammates, to put that right in the final.

The reality is that Alfredo hasn’t delivered in this one fixture. Here is the chance to put it right. He’s in great form and I’m sure he’s very excited about that opportunity. All Alfredo needs to do is make sure he’s a winner at the weekend. If we win without him scoring, that’s fine. He’ll still get the same amount of praise from me. He’ll be doing everything he can to get a goal against Celtic, and (his poor performances are) certainly not through lack of trying, but he relies on service. If that service is there, I wouldn’t back against him turning things around.

Will Morelos finally score against Celtic? 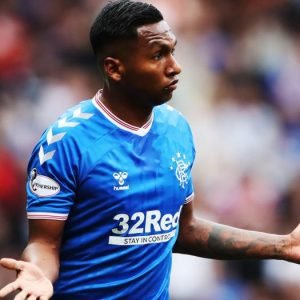 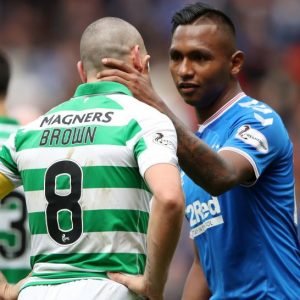 Gerrard is right in that Celtic will have words with Morelos in order to wind him up as it’s worked in the past. He’s not played well in derby games and has lost his head a few times.

Having said that, if he can keep his cool, Morelos can provide a real goal threat and Celtic’s defenders will need to be on their games in order to make it 11 games without conceding to the Colombian.