The Hoops will have only just recovered from their League Cup exploits by the time they kick-off against CFR Cluj on Thursday, with Neil Lennon’s men then having to travel back from Romania to face Hibs.

And in his column for the Edinburgh Evening News, Weir believes his former side will have an excellent chance of ‘capitalising’ on Celtic’s busy schedule.

Neil Lennon’s players will be on a high following their Betfred Cup victory over Rangers, a tenth successive trophy is a fantastic achievement. But I thought Celtic looked a bit “leggy” at Hampden, a shade tired having played a lot of games. They also have their final Europa League group match away to Cluj in Romania to play on Thursday night and while they might elect to rest a few of their big players given they are already assured of being in the knockout stages, it’s still along way to go and travelling can, as we’ve often seen, have an impact the following weekend.

Celtic have faced that scenario often enough, of course, but it’s something Hibs have to try to capitalise on.

Do you think Lennon should rotate his squad against Cluj? 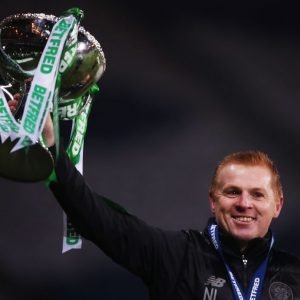 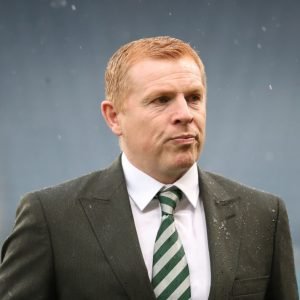 While Celtic are in the midst of a busy run of fixtures and face a trip to Romania on Thursday, the Hoops have enough strength in depth to cope with the demands of the festive period.

However Lennon’s men must ensure they raise their performance levels from the last two games against a fresher Hibs side who comfortably dispatched of Aberdeen in their last game.