The Celtic legend has been a model of consistency in the 2010s, proving to be a hugely influential performer at Parkhead.

Although now 34 years of age, he remains an important player, as the Hoops look to clinch yet another Scottish Premiership title.

Former Celtic hopeful Robertson has enjoyed a meteoric rise, however, flourishing at Liverpool and becoming Scotland captain in recent years.

Despite this, Hartson thinks Brown has been the superior player this decade, giving his reasons to BBC Radio Scotland‘s Sportsound:

The way he handles himself and leads, it’s got to be Brown.

Celtic are going for nine titles in a row. He’s captained them to eight titles in a row and I think he’s got 20 trophies and he’s inspirational – and still going at 34 years of age.

I don’t think anyone has had a bigger impact in the last 10 years.

It is a tough call in many ways, but for pure longevity, Brown is a worthy winner.

Who is Scotland's person of the decade: Brown or Robertson? 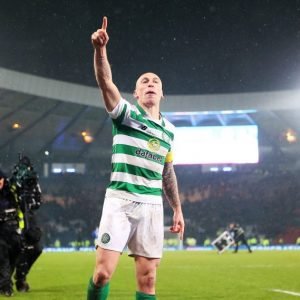 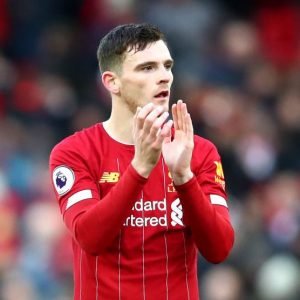 His impact for Celtic has been enormous, and while Robertson is now arguably the world’s best left-back, he has only been playing to his current level for a couple of years.

It will be a sad day when Brown eventually leaves the Hoops, following such a trophy-laden spell.