A midweek domestic fixture awaits as Celtic travel to the capital to face Hearts tonight.

The Hoops continued their fine run of form on Sunday as they comfortably beat Hibernian 2-0 at Paradise. Jeremie Frimpong’s first home league goal, as well as an Odsonne Edouard strike, was enough to seal all three points against Hearts’ city rivals.

Celtic dismantled Craig Levein’s Hearts 3-1 at Parkhead back in August, where Kristoffer Ajer and James Forrest shone. Goals came from Callum McGregor and Vakoun Bayo, but the latter’s strikes were later confirmed as own goals.

Levein’s time at Hearts didn’t last much longer as the Bhoys face an unfamiliar Daniel Stendel side. The German took charge for the first time on Saturday, as he saw an experienced side succumb to a dismal defeat at the hands of St Johnstone.

It’s never easy facing a side under new management, never mind at Tynecastle but it’s important the Bhoys grab the three points and to do so, they’ll need to keep an eye on this young talent.

He’s a fan favourite and when on his game, he’s arguably Hearts’ most talented player.

He’s been unlucky not to start more games for the Jambos but was a substitute at the weekend. Given that Swasn’tl wasnt impressed with his side’s performance, there’s a good chance of rotation and perhaps a start for the Manchester City loanee. 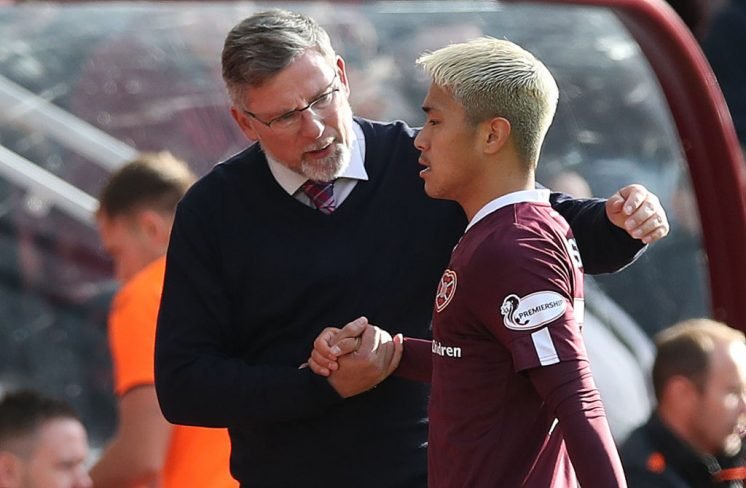 Most comfortably an attacking midfielder, the Japanese youngster can play of the left and has an eye for a crucial pass.

He’s grabbed two goals and an assist in this struggling Hearts side and is unlucky to find himself in this position.