A number of Aberdeen fans were left fuming by the decision to send Sam Cosgrove off during the Dons’ 2-1 defeat to Celtic on Saturday afternoon.

The striker was shown a straight red card for a challenge on Kristoffer Ajer just moments after Odsonne Edouard had cancelled out his equaliser to restore Celtic’s lead.

And following the incident, these fans have blasted the decision.

Twitter: @AberdeenFC Had that been Scott Brown he’d not even have been booked for the Cosgrove tackle! (@StandFree110583)

Twitter: @AberdeenFC what did he do exactly as I only saw him win the ball (@abdnguy11) 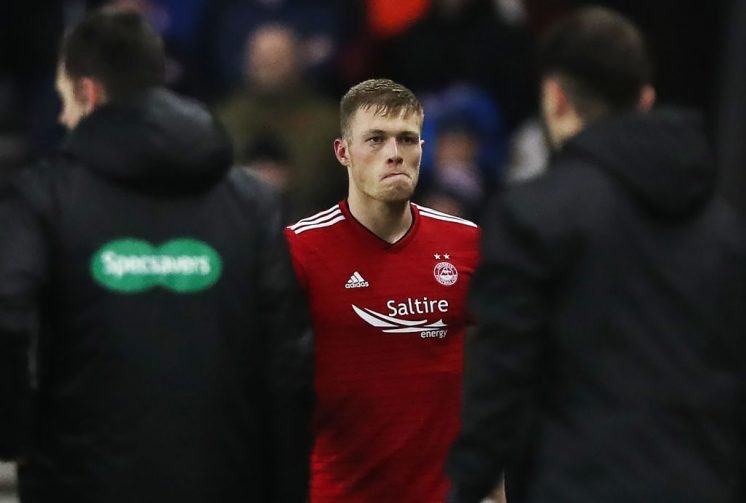 Do you think Cosgrove should have been sent off? 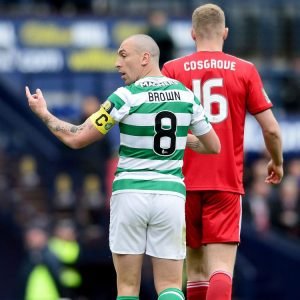 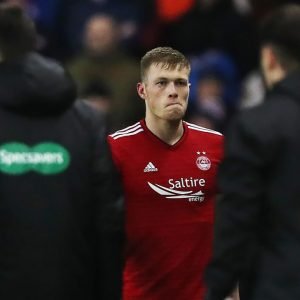 While Cosgrove’s challenge was certainly a forceful one, to brandish a red card for that does seem harsh in my opinion.

The striker won the ball first and the contact on Ajer was minimal. We’ve praised the likes of Jonny Hayes for a similar challenge earlier this season, so for me Cosgrove’s red was harsh.