The striker made the gesture after receiving a second yellow card in the dying embers of the third Glasgow Derby of the season.

And following the incident, Gol Caracol have criticised Morelos’ actions by describing the gesture as putting “a stain on his brilliant career” with Rangers.

Alfredo Morelos returned to live this Sunday a new chapter that puts a stain on his brilliant career as a Rangers scorer. In the popular classic ‘Old Firm’, the Colombian for the second time had to leave the field after being expelled at Celtic Park. 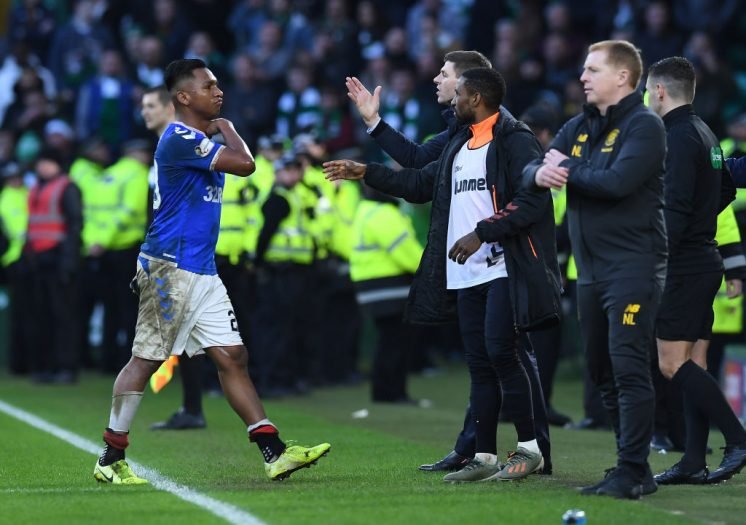 With a whole stadium against him, the striker left the pitch not before making a controversial gesture. The Colombian put his finger to his neck and making the sign of a ‘throat cut’ went into the tunnel that leads to the dressing rooms.

Do you think Morelos should receive retrospective punishment? 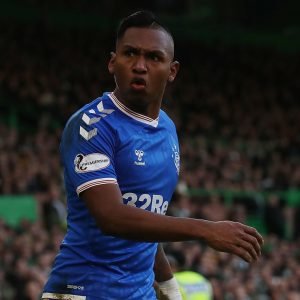 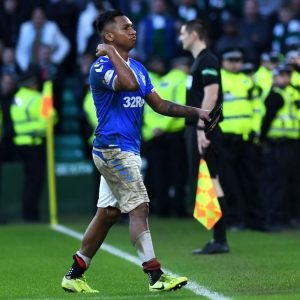 Gol Caracol’s damning description of Morelos’ gesture will certainly do the striker no favours, as many had tried to excuse the incident as something that is commonly done in South America to signify that something is finished.

Many will now keep an eye on whether Morelos receives retrospective action from the SFA following the incident.