Leeds United have been linked with a surprise move to sign Leigh Griffiths from Celtic this month.

A report from Football Insider claims that Leeds’ search for a striker has seen them turn to the 29-year-old.

After losing Eddie Nketiah earlier in the January window, the Championship promotion hopefuls are looking to bring in another striker, with Nottingham Forest’s Britt Assombalonga also suggested as a potential target (Mirror).

Griffiths has fallen out of favour this season under Neil Lennon, with the recent signing of young Polish striker Patryk Klimala raising some concern about his long-term future at the club.

The striker has only started once in the league this season for the Hoops and Klimala’s addition could suggest that game time is unlikely to increase during the second half of the campaign (WhoScored).

After seeing the links to Leeds United, these Celtic fans on social media have been giving their verdict on the player’s future.

Twitter: @ReadCeltic We are linked with everything striker in the world right now, wouldn’t worry too much (@steeze1)

Twitter: @ReadCeltic Would depend on how much and if we had someone in place to come in and replace him (@arbroathcsc)

Twitter: That Phillips tackle is a shocker. Leeds really are falling apart. Could do a lot worse than loaning Leigh Griffiths (@Woodybhoy67)

Would Leeds be a good loan move for Griffiths? 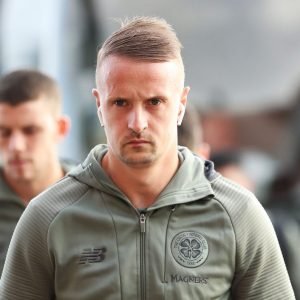 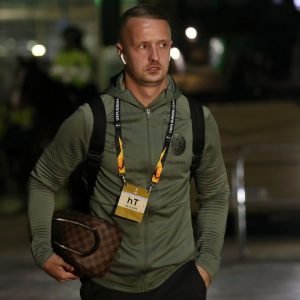