Celtic manager Neil Lennon has hit back at Charlie Nicholas after the pundit criticised Leigh Griffiths.

Nicholas was not pleased with Griffiths’ goal celebration after he netted last Saturday in the 2-1 victory over Partick Thistle in the Scottish Cup.

But Lennon has leapt to the defence of his striker, As quoted on the Daily Record, he said:

I was just happy to see him scoring. That’s the main thing, far more than the nature of his celebrations.

Of course, Leigh wants to silence his critics. He’s a wee street fighter. He’s got the rascal, a bit of the Devil, in him at times – but I like that.

But he certainly knows how to play centre forward. There’s a quietness about him now and he just wants to get on with his business.

Griffiths celebrated his goal by putting his fingers in his ears, signifying a message towards all those who have criticised him recently and we feel that it was an excellent way to respond to his critics.

Do you have an issue with how Griffiths celebrated his goal? 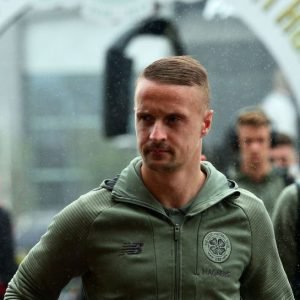 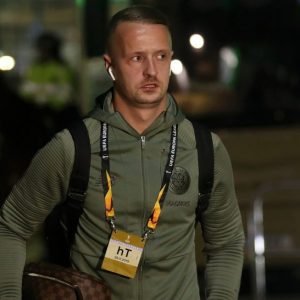 It’s refreshing to see the manager back up the player, especially after so many rumours linking him with a move away from the club.

We believe that the striker will be given a chance to redeem himself in the next couple of months, mainly because of his display last Saturday. When on top form, Griffiths is virtually unplayable, as he showed in the 2015/16 season.