A number of Celtic fans have responded to the Colts’ 1-1 draw with Rangers on Tuesday afternoon.

The Hoops named a strong line-up for the clash, with the likes of Karamoko Dembele, Ewan Henderson, and summer signing’s Luca Connell and Leo Hjelde all starting the fixture.

📋 Here is your #CelticFC Colts team to face Rangers in the City of Glasgow Cup. Kick-off: 1pm.

Celtic began brightly and were denied by the woodwork twice in quick succession, as Connell’s corner curled over everyone in the area to hit the back post, while Liam Burt’s rebound crashed off the bar.

The Hoops took the lead midway through the first-half however, with Connell firing in a long-range effort after being played through by Dembele to give the Colts a 1-0 lead at half-time.

Celtic suffered a blow in the early stages of the second-half however, as two yellow cards in the space of five second-half minutes for Henderson saw Celtic reduced to 10-men.

And Rangers eventually made the extra man count, grabbing an equaliser four minutes from time via a deflection.

Following the result, these Celtic fans shared their reactions on social media.

Twitter: @CelticFCAcademy Terrible canny even beat there youth team who arent very good we should have inveated money to blow them away (@StephenHamill93)

Twitter: @CelticFCAcademy Well done bhoys with a man down & a jammy equaliser 👏👏🍀💚🍀 (@garydoyler)

Do you think Celtic will beat Rangers at Ibrox once again this season? 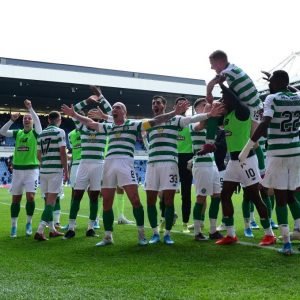 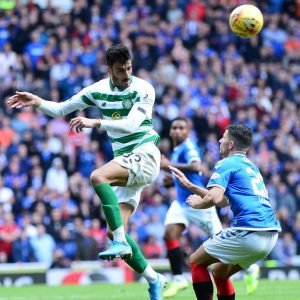