Neil Lennon has opened up on why he has used a 3-5-2 formation regularly this year, and highlighted Antonio Conte’s recent successes with the system as an example of how well the shape can work.

According to the Daily Record, Lennon revealed he has deployed the formation at times this year for the good of the team and believes Odsonne Edouard and Leigh Griffiths are both benefitting from the system.

It hasn’t surprised me how well they’ve linked up. Eddy is a top, top player and Leigh is experienced and a natural centre forward. I think it suits him to have someone up there with him. I’m pleased with it, don’t get me wrong, very pleased with it.

It’s good to watch. You look at Antonio Conte, who’s had great success with this formation for a long time. I played in it for 10 years under Martin O’Neill so it’s nothing new – Brendan tried it a few times and we also used it against Lazio to great effect. I’m not playing two up front because it’s what I like; it’s what I think is best for the team at any given time.

But, obviously, I like our strikers. They’re pivotal to the game and how you play, getting on the end of things and they earn the big money because they’re the ones who score the goals. Playing two up front doesn’t always work for you but so far, so good.

The 3-5-2 system certainly appears to have had an excellent impact on both Griffiths and Edouard, with the pair scoring eight goals between them in January and February so far (BBC Sport).

And it’s always useful to have a second formation that the players are familiar with in my opinion, as it allows Lennon to tinker with his tactics in order to suit Celtic against an upcoming opponent.

Not only this, but it keeps the opposition guessing as to what shape they have to prepare to face when playing Celtic, and also gives Lennon the opportunity to make tactical tweaks during the match.

Have you been impressed by what you've seen from the 3-5-2 formation? 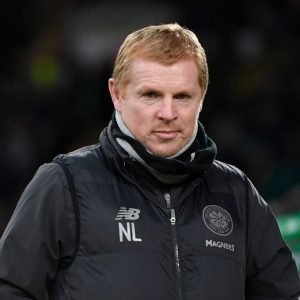 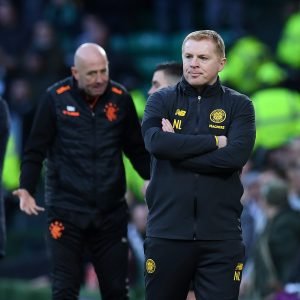 Take Sunday’s win over Hamilton Accies for example, Celtic started with a 3-5-2 but struggled to break their opponents down until the latter stages, when Lennon switched to a back four.

The Hoops then scored three goals in the last 12 minutes following the change, emphasising the importance of having more than one formation.