A number of Celtic fans have been discussing whether they believe Odsonne Edouard will stay at the club for next season or leave in the summer.

The Frenchman has been on fire this campaign, and took his tally up to 24 goals for the season in all competitions (BBC Sport) on Wednesday with another brace against Motherwell.

Add to that the 11 goals he has scored for France’s Under-21 side in just six appearances (Transfermarkt), and he has already scored 35 goals for club and country this campaign.

And many have been comparing Eddy to former star strikers following his latest display, with former Celtic manager Gordon Strachan suggesting he is a similar player to Arsenal great Dennis Bergkamp (Daily Record).

Meanwhile, Chris Sutton believes the Frenchman is the best player Celtic have had since his former teammate Henrik Larsson.

After the win against Motherwell, Twitter user @CelticGossip suggested Celtic must try and convince the striker to sign deal worth £50,000-a-week to help with the push for nine and 10-in-a-row.

And these fans have been discussing whether that would be enough to make him stay, or whether they feel his departure in the summer is inevitable.

Twitter: @CelticGossip Let give him whatever he wants. We pay Peter Lawwell too much! (@lfmunro)

Twitter: @CelticGossip Maybe he will be happy to stay , now n again ye get a guy that finds a club he loves. Dont get me wro… https://t.co/Kwin7xf4rE (@bonos_da)

Twitter: @CelticGossip We know he will go… however…. a new bumper contract with an understanding that if a £30m+ bid com… https://t.co/DTMjeps35d (@jibberinho)

Twitter: @CelticGossip Couldn’t agree more, if ever a time to push the boat out surely would be now (@GeorgeC67417712)

Twitter: @CelticGossip He’s gone in the summer, it’s inevitable. He could be the new Henrik but We’ll just take the £50M instead. (@GilDeRay)

Twitter: @CelticGossip Would offer him substantial bonus (on par with lawwell) to stay for 10. He will be the difference (@MoRodgers4)

Do you think Celtic will sell Edouard in the summer? 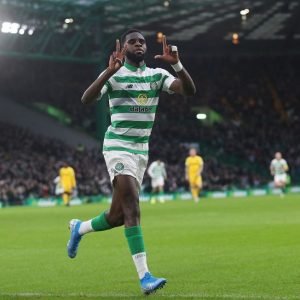 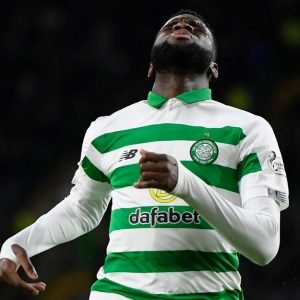 Twitter: @CelticGossip I believe he will be gone in the summer (@cyril1923)

Twitter: @CelticGossip Whatever it takes to keep him should be the motto ! No exceptions. We kept Henrik for a long time, th… https://t.co/ASwCrpTbkf (@urban_wordsmith)