Many Celtic supporters have reacted to Chris Sutton’s tweet after the BT Sport pundit compared Odsonne Edouard to Henrik Larsson following the 4-0 win over Motherwell on Wednesday.

The Frenchman scored a brace for the second game in succession, to help Neil Lennon’s men cruise to victory at Fir Park, with Callum McGregor and Leigh Griffiths also getting on the scoresheet.

Eddy’s first came at the second time of asking after his initial effort was blocked, but the Frenchman kept his cool to fire Celtic into an early lead.

The Hoops grabbed their second just after half time, with Griffiths finishing well following an excellent assist from McGregor, taking his tally to four goals in six appearances this year (Transfermarkt).

After assisting the first two, McGregor then got in on the act himself with an brilliant finish from the edge of the area for the third, before Eddy scored a free-kick for the second game in succession to wrap up the win.

Following the performance, Sutton took to Twitter to suggest that the Frenchman is the “closest thing to Larsson” he’s seen at Celtic since the Swede himself left the club, and these fans have shared their responses, with a former Celt also getting in on the act.

Twitter: @chris_sutton73 Eddie and Griffiths together is special but Eddie is just phenomonal what a goal definitely the best since the king (@katedunbar61)

Twitter: @chris_sutton73 Might be the closest to Larsson since Henrik but he has a long long way to go to get to half the player he was (@sayitasicit1)

Twitter: @chris_sutton73 Has Edouard just proved no other striker in Scotland can touch him (@StevieChalmers2)

Twitter: @chris_sutton73 Never thought anyone else could be compared to Larsson but I don’t mind being proved wrong (@celticghirl_75)

Do you agree with Sutton's comparison? 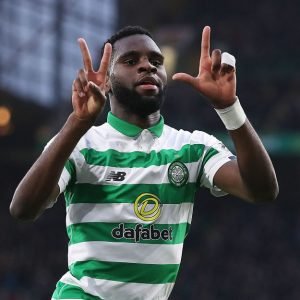 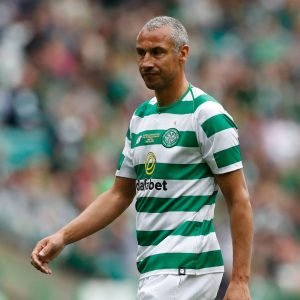 Twitter: @chris_sutton73 Edouard and McGregor were outstanding. I agree that Eddy is the best since Henrik, such a class act. (@ubermania)