Many Celtic supporters have been reminiscing about the famous 3-1 win over Rangers that occurred on this day back in 2001.

Henrik Larsson inspired the Hoops to victory in the semi-final of the League Cup, to set up a meeting with Kilmarnock in the final; a game Celtic ran out 3-0 winners in on their way to the treble.

The Swede’s strike partner Chris Sutton got things up and running for Celtic just six minutes in by volleying home on the rebound after Ramon Vega’s header crashed off the bar.

Larsson then made it two before 20 minutes had even been played, capitalising on some woeful defending to lob the onrushing Stefan Klos.

A Jorg Albertz penalty gave Rangers hope of getting back into the game, before Larsson stepped up and converted from 12-yards himself to restore the two goal cushion.

Twitter: @CelticLisboaa @chris_sutton73 Larsson’s instinc set him apart. More often than not, he made the right decision. His chip over Kloss… (@trebletrebleye1)

Twitter: @CelticLisboaa @chris_sutton73 Just as important as the 6-2 game. We had been shocking in League Cup for years but… https://t.co/Aj08R6Bpt7 (@CelticOveralls)

Can you remember watching that 3-1 win over Rangers? 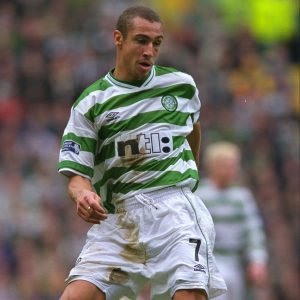 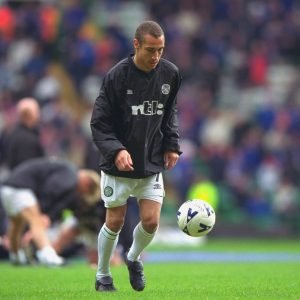