Lewis Capaldi gave Celtic a brilliant shout-out at an Italian music festival on Thursday, letting everyone in the audience and watching from home know just who he supports.

Capaldi’s love for Celtic is something we all know about by now, given the number of occasions he has brought it up in public.

Back in November, whilst being set up for a date on Capital radio, he suggested that a trip to Nandos, the pub and Celtic Park could be an option as he is a “big Celtic man.”

I can think of worse dates!

The singer also managed to lure Kristoffer Ajer, Scott Brown Greg Taylor, Leigh Griffiths, Ryan Christie and Boli Bolingoli into featuring in a Spotify video for his song ‘Bruises,’ according to the Daily Record.

His latest public display of affection for Celtic came whilst speaking to a presenter at the Sanremo Music Festival, and the subject of conversation quickly turned to football, with Capaldi asked who his team is.

Do you think Celtic should get Lewis Capaldi to come to the parade if the Hoops win the league? 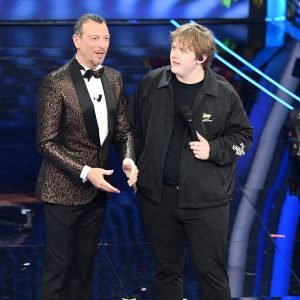 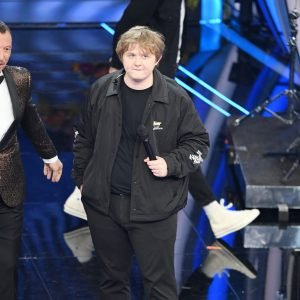 And Twitter account @ItalianCeltsCSC uploaded the footage of the conversation, showing Capaldi turn to the crowd and say, “Glasgow’s green and white,” before breaking out into a smile.