Arsenal have reportedly identified Odsonne Edouard as one of their key transfer targets as Mikel Arteta plans to overhaul his squad.

That’s according to the Daily Mail, who claim both Edouard and Leicester City’s James Maddison are two of the Gunners’ main targets given uncertainty surrounding the respective futures of Mesut Ozil, Alexandre Lacazette and Pierre-Emerick Aubameyang.

The report suggests Eddy represents an economical alternative to some of Arsenal’s other transfer targets at a fee of around £30 million, and he is seen as someone who could replace the £50m-rated (The Express) Aubameyang or Lacazette.

It’s no surprise to see Arsenal identify Eddy as one of their targets, after they snapped Kieran Tierney up from Celtic for £25m last summer (BBC Sport). 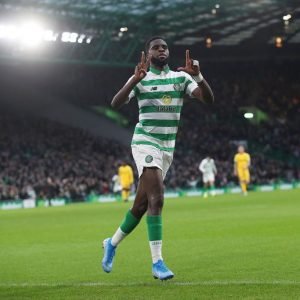 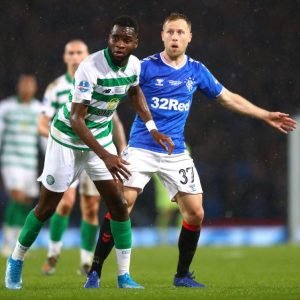 And the Frenchman would certainly have big shoes to fill if he is seen as someone who will replace Lacazette and/or Aubameyang, given how consistently the pair have scored for the Gunners. Aubameyang has netted 57 times in just 92 appearances for the club, while Lacazette has scored 42 in 110 games (Transfermarkt).

However, given how Eddy has an equally impressive record of 57 goals in 118 Celtic games in all competitions (Transfermarkt), I feel as though he’d be able to step up should Arsenal come knocking.