Neil Lennon believes France will be keeping an eye on Odsonne Edouard’s development and that it would be a huge confidence boost for the striker if he receives a senior call up.

According to the Herald, Lennon acknowledged how much strength France have with regards to their striking options, but he believes that Eddy’s form for both Celtic and France’s Under-21 means he could be in with a chance of making the squad.

It would be a huge shot in the arm for Odsonne if France took a look at him. A huge boost. Confidence always does a player the world of good. I’m sure they are monitoring him very closely.

His record with the French Under-21s is excellent. But they are the World Cup winners and have such strength in depth, so I don’t know. He could play in most top leagues and for most top teams, no problem at all. His potential is massive.

While Eddy’s form has been excellent for club and country this season, with the Frenchman scoring over 30 goals thus far in total (Transfermarkt), a senior call up could be a bit of a stretch at the moment, in my view.

Kylian Mbappe, Antoine Griezmann, Olivier Giroud and Wissam Ben Yedder are all among Didier Deschamps’ options, as are the likes of Moussa Dembele and Alexandre Lacazette.

Do you think France should include Eddy in their squad for Euro 2020? 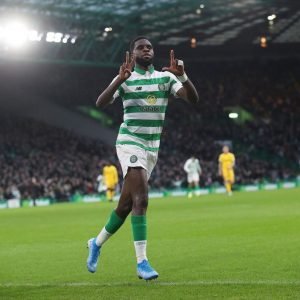 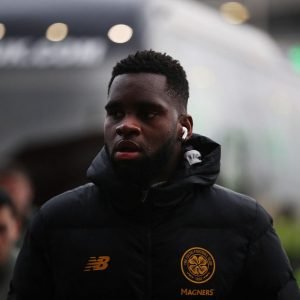 Therefore, Eddy appears to have a lot of competition ahead of him, so his best option is to keep scoring consistently for Celtic and the U21s, and just hope he does enough to force his way into France’s squad for Euro 2020.

However his record of 11 goals in just six appearances for France’s U21 side (The Herald) does suggest he is too good for that level.