A number of Celtic fans have reacted to Odsonne Edouard’s comments about his future at the club.

The 22-year-old has scored over 30 goals for club and country (Transfermarkt) in what has been a stellar season for the Frenchman so far, and transfer interest in him appears to be growing.

The Daily Mail suggest the striker is one of Arsenal’s main transfer targets for the summer with the respective futures of Pierre-Emerick Aubameyang and Alexandre Lacazette in doubt.

Chelsea, Manchester United and Tottenham have also been linked with the striker (The Express), while the Daily Record suggest that Leicester City are keen on making a bid of around £30million for him at the end of the season.

Eddy was questioned about his future prior to Celtic’s clash with Hearts on Wednesday, and while he admitted to being flattered by the interest in him, he revealed he is currently fully focused on Celtic.

Twitter: Odsonne Edouard is @Ladbrokes Premiership player of the month for Jan.

And following his comments, these Celtic fans have shared their reactions on social media.

Twitter: @ClydeSSB @Ladbrokes Get him on a new 5 year deal … (@pudpudboogie)

Twitter: @ClydeSSB @Ladbrokes More than deserves the award. Top player in the country and is clearly loving his football as much as the fans do. (@celticrconne203)

Do you think Edouard will still be at Celtic next season? 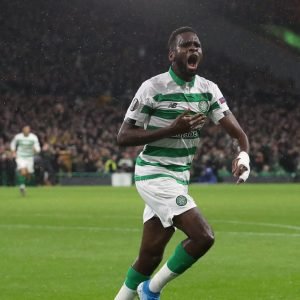 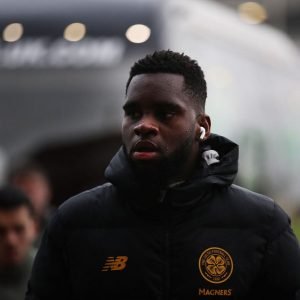 Twitter: @ClydeSSB @paulthetim @Ladbrokes The complete striker with humility to boot. That rarity in the modern game. (@johncuts68)