Andy Walker believes the difference in mentality between Celtic and Rangers has been what has set the two teams apart this year.

Steven Gerrard’s men fell to a 2-1 defeat to Kilmarnock on Wednesday, handing Celtic a 10-point lead in the title race following the Hoops’ 5-0 demolition of Hearts.

The pair meet in the fourth Glasgow Derby of the season next month at Ibrox, and according to Sky Sports, Walker believes Celtic are better equipped for a title challenge than their rivals in terms of quality and mentality.

No one at Celtic will be taking anything for granted because they have done this before. I think they are huge favourites because they know what it takes. If Rangers do win their game in hand then it is seven points but with the type of concerns that Steven Gerrard has with his players I think Rangers might slip up once or twice before we get to the next Rangers v Celtic game and that’s the difference.

Celtic might drop the odd couple of points with a draw, they have a difficult one on Sunday up at Aberdeen but Celtic won’t lose many games. They have shown that they are capable of getting over the line. I think it is down to the strength in depth and quality that they have and the stronger mentality that they have.

Based on the respective form of Celtic and Rangers since the return from the winter break, it’s hard to disagree with Walker here. Celtic have been on an excellent run since the start of the year, winning all eight of their games in all competitions and dropping no points in the league, which emphasises their winning mentality.

Rangers meanwhile have already dropped eight points having lost two and drawn one of their six league fixtures in 2020, handing the advantage to Celtic in the title race.

Do you think Celtic will drop any points before the next Glasgow Derby? 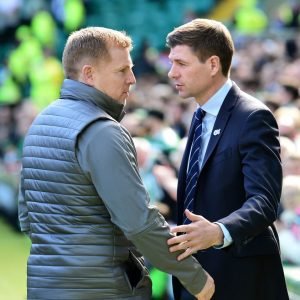 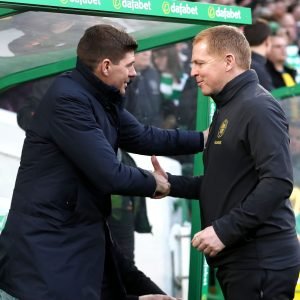 However, the Hoops have Aberdeen, Kilmarnock, Livingston and St Mirren all to play prior to the clash with Rangers, and that will not be plain sailing.

Aberdeen and Kille have both taken points from Rangers this year, while Livingston beat Celtic earlier in the season, so the Hoops are likely to be tested prior to the next Glasgow Derby.