Many Celtic supporters have jokingly suggested that Christopher Jullien’s poor attempt at a knee slide celebration was the only disappointment from the 5-0 win over Hearts.

The centre-back earned rave reviews for his celebration against Rangers in the League Cup final back in December, with the Frenchman gliding across the Hampden turf with the perfect knee slide after scoring what proved to be the winning goal.

Can’t stop thinking about Jullien’s goal and how beautiful that knee slide celebration was pic.twitter.com/rgeIdTzykj

However things didn’t go quite as smoothly against Hearts on Wednesday. Jullien doubled Celtic’s lead shortly after half-time and attempted to produce a similar knee slide celebration.

But the Frenchman got it all wrong as he skidded and fell face first towards the pitch. Luckily he managed to extend his arms in time to prevent a face plant, before he styled it out by kissing the turf; you can see the smooth move around three minutes and 21 seconds into this video.

A number of Celtic fans also picked up on the incident, with one jokingly stating that his failed knee slide was the only negative to come out of the victory.

Twitter: One disappointing aspect of last night’s victory was the frankly disappointing knee slide by @Chri6ViF. No spin or… https://t.co/E2ENWWTrTY (@celticrumours)

Twitter: @celticrumours @Chri6ViF The recovery from it is worth a mention (@__girvan)

Twitter: @celticrumours @Chri6ViF I believe he’s already made a full statement apologising without need for a translator (@mackayac)

Did you notice Jullien's failed knee slide at the time? 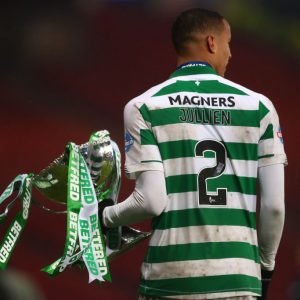 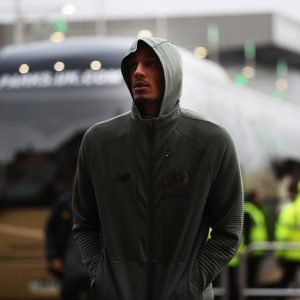 Twitter: @celticrumours @Chri6ViF He did try and convert it into a kissing the turf praying thing 8/10 for effort 🙏🏼 (@mcnal82)