Chris Sutton believes Neil Lennon is having “doubts” over new signing Patryk Klimala, but we think the BT Sport pundit may have got this one wrong.

Speaking on BT Sport 2 during their coverage of Rangers’ 2-1 defeat to Kilmarnock (12/2/2020), Sutton shared his thoughts on Klimala after Neil Lennon didn’t include him in the squad for Celtic’s 5-0 win over Hearts on Wednesday.

Of course we don’t know if he is injured but I suspect the truth is, we all watched him at the weekend, and there must be doubts. You spend £3.5million, and he hasn’t had a run of games so he will need that, but we haven’t seen anything just yet, any real positive attributes if I’m honest. He needs a run of games.

Prior to his move, Klimala revealed his desire to join a club where he would be playing regularly (Daily Record).

And with just one start and three substitute appearances in all competitions so far (Transfermarkt), the 21-year-old has perhaps not featured as regularly as he would’ve liked.

However, I disagree with Sutton that his lack of first-team football is because Lennon is having doubts.

As we saw earlier this season with Greg Taylor, Lennon doesn’t like to rush players into the team, with the left-back having to wait until the end of October to make his Celtic debut after his summer move from Kilmarnock (Transfermarkt).

Furthermore, Odsonne Edouard and Leigh Griffiths have formed an excellent partnership up front; something Andy Walker has recently pointed out.

Therefore I feel as though Lennon is trying to introduce Klimala slowly to allow him to fully adjust to his new surroundings, as he did with Taylor, whilst also ensuring he doesn’t disrupt the respective form of Edouard and Griffiths.

Do you think Lennon is having doubts about Klimala? 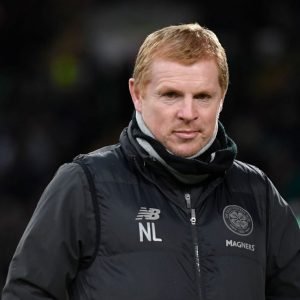 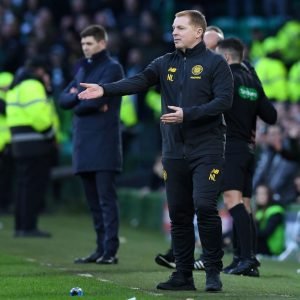