A number of Celtic fans have found Scott Brown’s reaction to Kristoffer Ajer’s winning goal against Aberdeen hilarious after the Hoops’ Unique Angle of the victory showed the skipper celebrating in front of the Dons’ Craig Bryson.

Callum McGregor opened the scoring at Pittodrie as Celtic took an early lead, but the home side responded well.

Ash Taylor was the unlikely man who brought the Dons level, before Ajer scored the winner with nine minutes of normal time remaining, to maintain Celtic’s 10-point lead at the top of the league.

The advantage was temporarily extended to 13 points before Rangers’ 1-0 win over Livingstone ensured Celtic did not pull further clear of their rivals.

Following the win, the Hoops posted their Unique Angle highlights on Twitter; something that has become a regular feature on social media following the Celtic’s fixtures.

And the highlights from Sunday’s game have gone down well with supporters, with many noticing Broony’s brilliant celebration in front of Bryson.

Twitter: @CelticTV @andrewprice999 look at Brown getting it up Bryson hahaha (@seanmarkus_67)

What did you make of Broony's celebration? 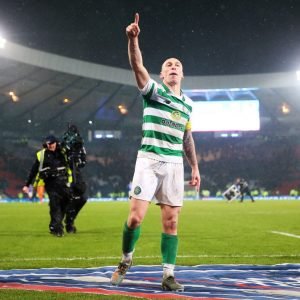 He should've been more respectful 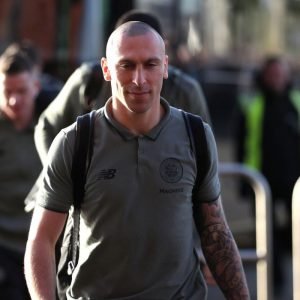