Paul Robinson’s suggestion that Celtic “do not need” Jeremie Frimpong based on their current form has caused a bit of a debate on social media amongst Hoops supporters.

The former England international was speaking to Football Insider when he suggested Celtic have not suffered whilst Frimpong has been sidelined, as their form has still been excellent.

Therefore he believes the right-back is not someone they need to rush back into the side following his return from injury, as Neil Lennon doesn’t need to make many changes to his side.

His comments are valid, as Celtic have won all seven of the games that Frimpong has been out for, after he suffered an injury following Alan Power’s heavy challenge during the 3-1 win over Kilmarnock.

However, some Celtic fans clearly disagreed with Robinson’s suggestion, with these supporters believing he is someone who Lennon definitely needs to get back into the team once he’s fully fit.

Twitter: @ReadCeltic Get him straight back in. He’s a game changer. (@sweenjim)

Other’s were a little more cautious however.

Twitter: @ReadCeltic As with everything depends on formation and opposition (@larrybirdboston)

Twitter: @ReadCeltic Imo you can’t have two wing backs or two wingers you need one of each. Taylor and Forrest or Frimpong a… https://t.co/fPi5jBoZJr (@CON7_O)

Do you think Frimpong should start against Copenhagen? 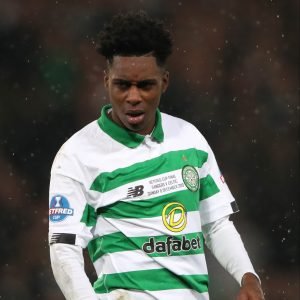 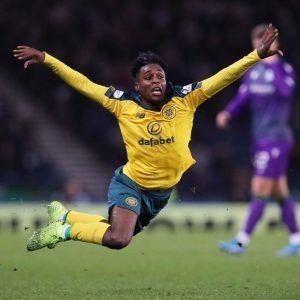 Twitter: @ReadCeltic In the current formation it looks like one back, one winger. Who that is depends on form & fitness. We… https://t.co/00L8qbCbsp (@JKBal4)

Twitter: @ReadCeltic A lot of games to play they’ll b plenty of game time for him it’s not about anyone getting dropped we have to use the squad (@Ginny80414797)