A number of Celtic supporters have responded to a brilliant video of Neil Lennon celebrating with the travelling fans at Pittodrie last weekend, posted on Twitter by @MairtinMcaleer.

Celtic made it nine wins in succession with a 2-1 victory over Aberdeen, as they took one step closer to securing another Scottish Premiership title.

Lennon’s men now hold a 10-point lead over Rangers in second place, and head into the first leg of their Europa League last 32 clash with Copenhagen in excellent form.

Celtic have won all nine of their fixtures since returning from the winter break, scoring an average of over three goals a game having netted 30 times in those outings.

Following the victory over Aberdeen, Lennon was filmed going over to the travelling fans to celebrate that ninth consecutive win, in a video these supporters have clearly enjoyed watching.

Twitter: @MairtinMcaleer I’ve not jumped on the bandwagon I wanted neil from the beginning. My boy told me bringing Lennon b… https://t.co/HBOnm9Rgrg (@colinmcmillan18)

Twitter: @MairtinMcaleer In Neil we trust .. here we go ten in a row … Hail Hail (@MrJoeMcCabe)

Twitter: @MairtinMcaleer Get the planning permission process started for a statue now! (@MickMcDowel)

Do you think Celtic will make it 10 wins in-a-row on Thursday? 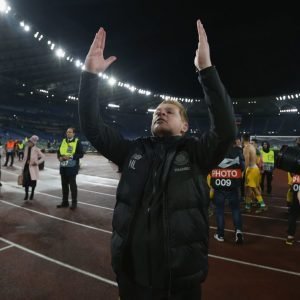 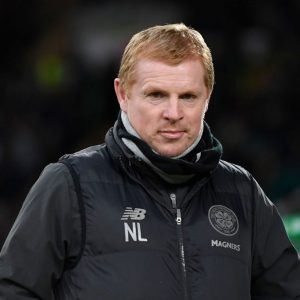