A number of Celtic fans have agreed with Hugh Keevins’ most recent comments about Scott Brown.

Supporters haven’t always seen eye to eye with the the Superscoreboard pundit this season, with many criticising him for his contradictory title race verdict back in January.

Speaking after Rangers’ 2-1 defeat to Hearts last month, Keevins claimed the result didn’t make Celtic favourites for the league at the time, despite his belief that Rangers were in the driving seat in the title race prior to the loss.

'I don't believe the result at Tynecastle automatically means that Celtic win the title….the title comes down to 1 game at Ibrox & 1 game at Celtic.'🔵🍀

That's the thoughts of @shinjukushug after Rangers' defeat to Hearts.⚽️

Is the title now Celtic's to lose?🤔 pic.twitter.com/Gyjtde210R

However, this time around, Keevins’ has made a comparison between Brown and Henrik Larsson, and also claimed that Broony is Celtic’s best captain since Billy McNeil.

Furthermore, he suggested the challenge Celtic will face when Brown eventually leaves the club will be as difficult a task as Martin O’Neil had when he had to find a replacement for Larssonback in 2004.

And these Celtic supporters have agreed with his opinion on this occasion.

Do you agree with Keevins? 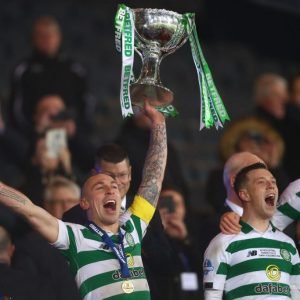 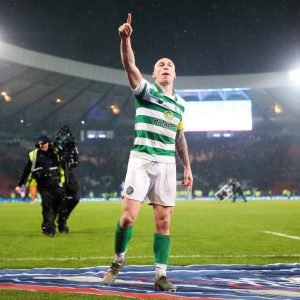 Twitter: @ClydeSSB @shinjukushug First time I have ever heard you talk sense 👍🏽 (@terryh777)