Celtic’s 1-1 draw with FC Copenhagen on Thursday has sparked a reaction from a number of supporters, with some identifying one crucial moment they feel had a big impact on the first leg.

The Hoops failed to win for the first time in 2020 in the Danish capital, as Neil Lennon reverted to back four after using a 3-5-2 system domestically.

Celtic looked to be flourishing from that switch in the first-half, with Odsonne Edouard giving the Hoops the lead inside 15 minutes with an excellent finish over Karl-Johan Johnsson.

The Copenhagen goalkeeper was in fine form however, and had twice prevented Eddy from opening the scoring inside the opening four minutes before continuing to thwart him and Celtic throughout the match.

His efforts in goal were rewarded six minutes into the second-half when Dame N’Doye equalised for the home side with a well taken finish, before Fraser Forster saved a penalty to keep the scores level.

And following the match, these Celtic fans shared their thoughts, suggesting the tide of the game turned when Scott Brown was forced off with an injury.

Twitter: @matchwornceltic Most sense I’ve heard all night, all over the shop when he went off (@alexdrennan5)

Twitter: @matchwornceltic Looked a mess when he went off… (@MedwayCeltic)

Twitter: Showed the extent of our capabilities and limitations tonight.

Do you think Celtic were poorer without Brown? 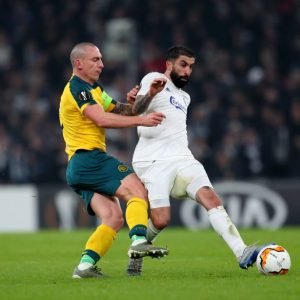 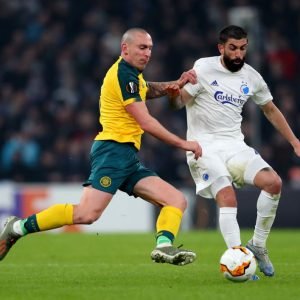 Electric in the first half.