A number of Celtic fans have reacted to a Tweet from Copenhagen’s police force, after they praised the travelling Hoops fans.

According to BBC Sport, just shy of 4,000 supporters filled the away end at the Parken Stadium on Thursday as Celtic kicked off their Europa League knockout stage campaign.

Odsonne Edouard almost got Neil Lennon’s men off to a flying start inside the opening 30 seconds, but that was just the start of his battle with FC Copenhagen goalkeeper Karl-Johan Johnsson, with the shot-stopper denying him.

Eddy was prevented from scoring once again just minutes later, with Johnsson also saving Olivier Ntcham’s effort on the rebound.

However, those fans who made the trip to Denmark were soon celebrating, with Eddy getting the better of Johnsson in the 14th minute.

Dame N’Doye equalised for the home side early in the second-half, before Fraser Forster denied Jens Stage from the penalty spot to keep the scores level.

Following the match, Copenhagen’s police force Tweeted their praise for the Celtic supporters, and that has been thoroughly appreciated by these fans.

Twitter: @KobenhavnPoliti @CelticFC Great example of modern policing. Thank you from every one of us. (@CelticResearch)

Twitter: @KobenhavnPoliti @CelticFC @policescotland take a new position on how to treat fans in Scotland (@CeltiCRab19671)

Twitter: @KobenhavnPoliti @CelticFC Thanks for looking after our fans and love your city and the people!!!!!! (@kevmcf01)

Were you pleased with Celtic's performance in the first leg? 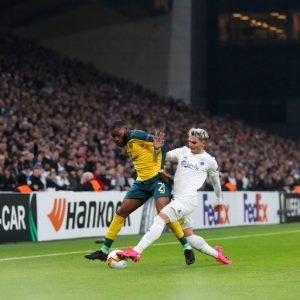 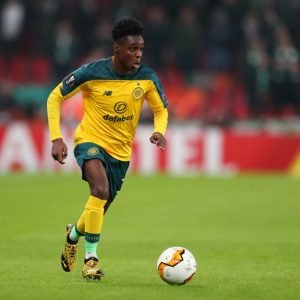