Celtic supporters have been praised by Copenhagen’s police force for their behaviour in the Danish capital.

The away end was packed out at the Parken Stadium for Thursday’s 1-1 draw with FC Copenhagen, as the Hoops netted a crucial away goal in the first leg of their last 32 tie.

And following the match, the behaviour of Celtic’s fans was recognised by the police in Copenhagen, who thanked the travelling support for the manner in which they conducted themselves.

Twitter: We want to thank the fans of @CelticFC – it’s been great having you guys
in town – no registered problems during th… https://t.co/E3bjx2UpWh (@KobenhavnPoliti)

This is excellent to see, especially after Celtic have previously been fined by UEFA following behaviour from certain supporters during European fixtures this season (BBC Sport).

Furthermore, it’s a nice touch for the police to publicly thank Celtic supporters for their behaviour.

Were you pleased with Celtic's performance in the first leg? 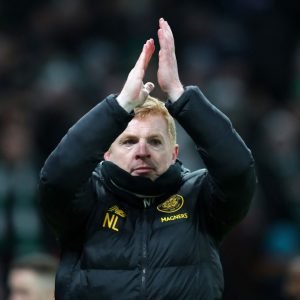 And it tops off what has been a relatively successful trip for Celtic, with Odsonne Edouard’s first-half goal putting the Hoops in a good position for next week’s second leg.

Copenhagen’s equaliser, however, means the tie is evenly poised ahead of what could well be another cracker of a European tie at Celtic Park.