Manchester United are reportedly set to continue their pursuit of Odsonne Edouard this summer, after placing him on a four-man shortlist.

Eddy was a target for the Premier League giants last month as Ole Gunnar Solskjaer looked to bolster his striking options, the Express reported.

And according to TEAMtalk, United are still interested in the 22-year-old, who they have placed on a list of potential summer targets alongside former Celt Moussa Dembele, Timo Werner and Lautaro Martinez.

For Eddy to be named alongside those other three players shows just how impressive the Frenchman has been this season.

The 22-year-old scored his 24th goal of the season in Celtic’s 1-1 draw with FC Copenhagen, and on another night, he could’ve had a hat-trick but he was denied multiple times by Karl-Johan Johnsson. 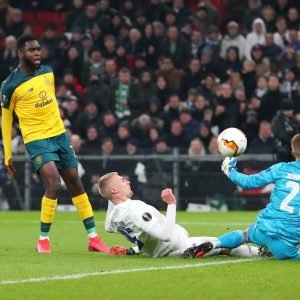 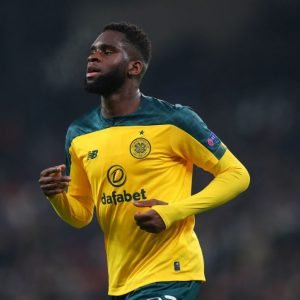 TEAMtalk suggest Dembele is valued at €60million, the same figure that is believed to be Werner’s release clause, while Martinez’s exit fee is an eye-watering €110m.

A lot of the Hoops’ recent success in front of goal has been down to Edouard and he’d be a big loss if sold, however, if he does leave, it looks like Celtic will be able to get a huge fee for him.