Neil Lennon has issued a positive update on Leigh Griffiths’ fitness ahead of Sunday’s league game against Kilmarnock.

The striker did not travel to Denmark for the first leg of the Europa League Last 32 tie against Copenhagen, as Celtic returned to European action for the first time this year.

However, according to the Daily Record, Lennon has revealed that Griffiths’ problem isn’t too serious and he hopes to have the striker back for Sunday’s domestic clash with Kilmarnock.

Griff picked up a hamstring twinge in training, so we didn’t take the risk of asking him to travel. We hope he’ll be okay for the weekend. It is [a blow] with the form he’s been in.

Griff’s injury was a setback for Celtic ahead of the clash with Copenhagen, as the striker has been in good form since the turn of the year, as Lennon suggested, with four goals and two assists thus far (Transfermarkt).

The 29-year-old has also formed a strong partnership up front with Odsonne Edouard, something Andy Walker has recently praised.

Do you think Lennon's Celtic will defeat Kilmarnock this weekend? 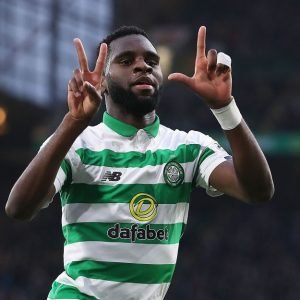 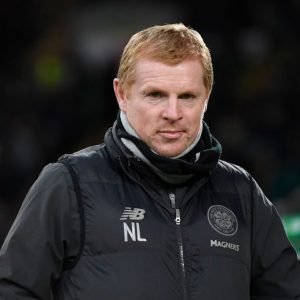 However, it looks like the issue was only a minor one and Celtic took the decision to leave him behind as a precaution, rather than making him fly out to Denmark to play in a game that could have made the injury worse.

Griffiths hasn’t had the best luck with injuries down the years so hopefully Lennon’s optimism is justifed and we see Celtic’s number nine back in action this weekend.