A number of Celtic supporters have shared their reactions to a question about Rangers’ Europa League campaign.

Twitter user @matchwornceltic asked fans whether they’d like to see Rangers get knocked out of the Europa League or progress to the last 16 whilst Celtic are still in the competition.

Both sides have excellent chances of making into the next round of the Europa League following their respective results on Thursday.

Celtic scored an away goal that could prove vital in the 1-1 draw with FC Copenhagen, with Odsonne Edouard netting his 24th goal of the campaign.

Rangers, meanwhile, came from 2-0 down against Braga to win 3-2 at Ibrox, leaving the pair in strong positions ahead of the two second legs next week.

Following the results, @matchwornceltic posed the question on social media, and you can see the logic behind the post as European football could have an impact on the title race.

However, these fans all shared the same belief that they want to see Rangers beaten at every opportunity.

Twitter: @matchwornceltic Can’t think of any situation ever where I don’t want to see them pumped (@seanie_bhoy)

Twitter: @matchwornceltic Out!! We will still win the league easy!! 💚💚💚💚 (@ruthfaulds)

Twitter: @matchwornceltic I don’t want to see them win a throw in, never mind a game😄 (@paolodilamio)

But I want to see them lose in anything they compete in. Football g… https://t.co/RygEsdkwI2 (@1888steven)

Do you think Celtic will progress to the last 16? 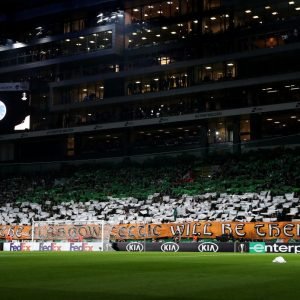 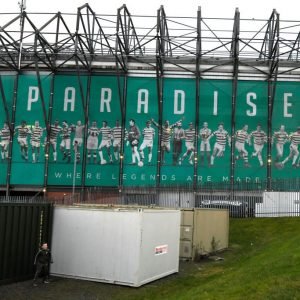 Twitter: @matchwornceltic Out … any further progress gives confidence … which can feed momentum … the opposite can be… https://t.co/5fHljnT2f6 (@mark040608)